Poet, RJ, Founder Of An NGO, And An Auto Driver: Meet The Multi-Faceted Shivakumar G.C. | SoPosted

All it takes is the willingness to do something better each day to attain something commendable in life. Irrespective of your current situation, all you need is the desire to do some good each day to make your mark.

Such is the story of Bengaluru-based auto driver Shivakumar G.C. whose good deeds have not only earned him praises but also 31 awards – mostly by the city police – for his honesty. While we still rage verbal battles with auto drivers over meter charges and over pricing, Shivakumar is popular among commuters for giving discounts to senior citizens, students, and families of defence personnel.

Apart from this, Shivakumar’s auto also has a library, first-aid kit and different thought-provoking quotes by writers as well as artists to make commuters journey easy and fruitful.

Shivakumar decided to be an auto driver around 23 years back when he watched Auto Raja, a Kannada language movie starring Shankar Nag. Ever since then, he has been serving commuters in Bengaluru with honesty. During his ride through the years, he once saved the life of an accident victim and also helped a woman deliver her baby in his auto. 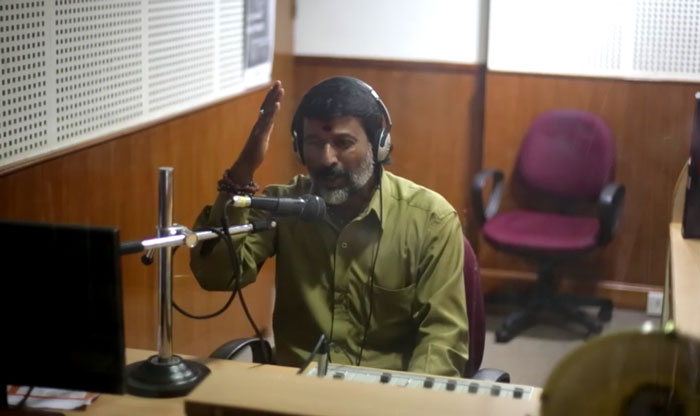 His impressive work has earned him 31 awards for being honest in his service to the commuters. And, from the people who travel on his auto, Shivakumar gets praises and appreciations. Commuters also take selfies and post them on social media, building a fan following for him.

This, however, is just one aspect of Shivakumar’s personality. He also happens to be a poet, a Radio Jockey and founder of an NGO named Gurukul Seva Trust that provides school books and uniforms worth Rs 1, 00,000 to poor students. The 8th standard drop-out is also fond of writing poetry and has penned more than 1,500 poems.

Twice a week, Shivakumar also becomes a radio jockey and hosts his own show at the Jain University community radio station, Radio Active.

Shivakumar’s popularity among commuters and city police of Bengaluru is proof that continued honesty and hard work never go unnoticed.