Banning alcohol in Bihar was probably not the biggest news on Tuesday but the repercussions sure were, both for the doctors as well as ardent booze lovers. Right after the alcohol ban in Bihar, several cases of alcohol withdrawal were reported leading to a spike in the number of hospital visits, rise in violence and overall confusion.

According to an article published in Times Of India, by Wednesday, there were as many as 749 people who were brought in the state’s de-addiction centres.

Nitish Kumar government would have never envisaged the reactions following the alcohol ban which ranged from desperate to weird ones to literally some high and dry cases.

All in all, the news of alcohol ban in Bihar literally created frenzy among people. Till Wednesday, 749 cases were reported.

One particular gentleman was unable to bear the idea of no alcohol, so he ended up resorting to soap for getting high. He actually ate a bunch of soaps to be precise.

Another gentleman who was used to drinking anywhere between 600-1200ml of country liquor or ‘desi daaru’ as it is widely known failed to recognize his own family. The leading daily also mentioned that this man in question was so fragile that he could barely stand on his own. 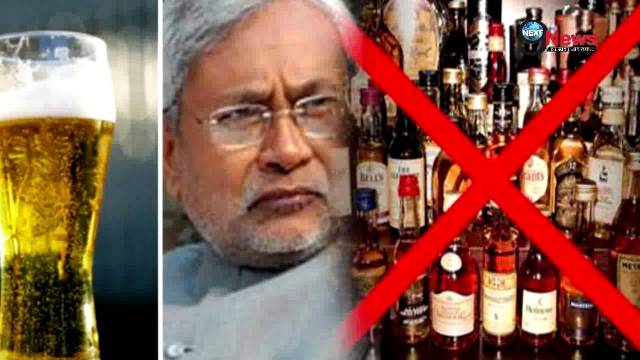 The most shocking revelation came from the de-addiction centre at Nalanda Medical College & Hospital, Patna where a teenager lost all control and became extremely violent because of the unavailability of alcohol. His family revealed that the teenager who was a heavy drinker became so uncontrollable that he began chewing anything and everything around him. In fact, there came a point when he started chewing chilli.

Then there were couple of others who downed painkillers in the name of alcohol.

As quoted to Times Of India by SHSB, 96 of them have been admitted and are being administered injectable drugs. And 150 doctors and 45 counsellors trained in dealing with alcohol withdrawal have been on their toes since Tuesday, when the ban came into effect. (sic)

Government’s next plan of action on alcohol ban.

Considering the number of cases that have emerged in just 2 days, the government is ensuring that treatment is also available at primary health centres other than counselling. Another SHSB employee quoted to Times Of India that “more nurses will be stationed at the de-addiction centres opened at the district hospitals. Their capacity would also be increased from 10 to 20 beds immediately.” De-addiction centres will now be opened in five of the six medical colleges as well. (sic)

Meanwhile, an ex-serviceman was not too happy with the ban on alcohol and so he filed a petition in the Patna High Court.

While the government was doing every bit to make it effective, the news of alcohol ban in Bihar did not go too well with AN Singh, an ex-serviceman. The leading publication also reported that he has filed a petition in the Patna High Court against draconian, arbitrary and mala fide” prohibition of alcohol by the Bihar government. His petition further says that the ban violates people’s freedom to eat and drink whatever they want. (sic)

The court is yet to decide on a date for the hearing.

Cover image used is a representational one.