The Hindi film industry happens to be world’s largest industry in terms of the movies produced and released every year. Since the 1913 release of the first movie Raja Harishchandra, this industry has been home to many and has served as the source of bread and butter for several families.

Since then, this Hindi film industry has not only produced movies but also produced icons and legends who have not only lit up the silver screen but also have left a permanent mark on the memory of people with their acting, style, grace, and larger-than-life personas. From Dadasaheb Phalke to Devika Rani, from Prithviraj Kapoor to Balraj Sahni, from Madhubala to Shabana Azmi and from Dev Anand to Amitabh Bachchan – Bollywood has given us some of the biggest names in India as well as abroad.

Though much of the early Indian cinema has been lost due to lack of preservation facilities or negligence, it is tough to deny the contribution of the early legends of the Hindi film industry that helped shape it to what it is today. Despite the absence of modern technological support and facilities, these were the people who built an empire of cinema that has become such an integral part of our everyday lives.

To remember and celebrate these legends of yesteryears, here are 21 pictures that offer a glimpse into how the Hindi movie industry has evolved through the years.

Dilip Kumar, Jawaharlal Nehru, Dev Anand and Raj Kapoor: In 1955, the then Prime Minister of India took this trio to the Soviet Union as part of the cultural delegation. 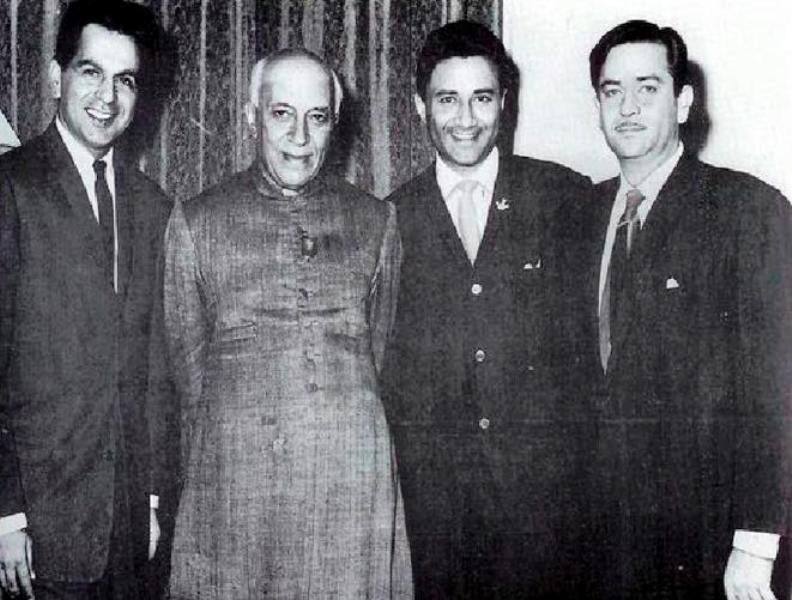 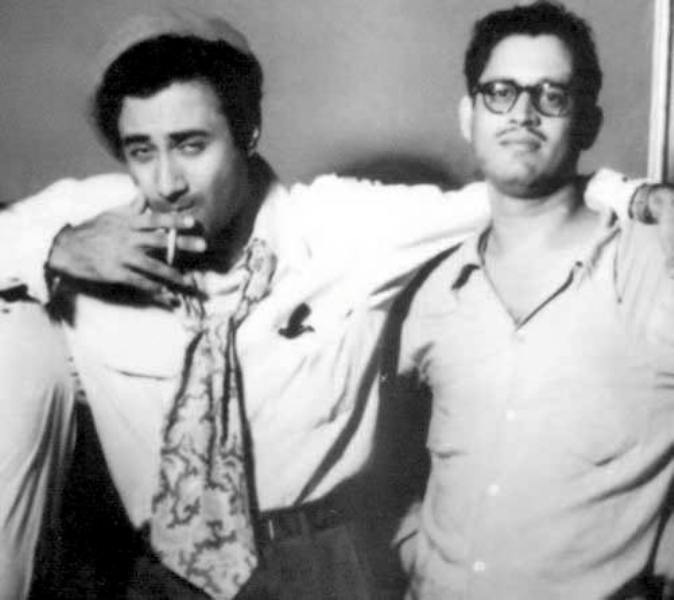 Dharmendra and Amitabh Bachchan: Meeting and greeting after the infamous Coolie (1983) accident. 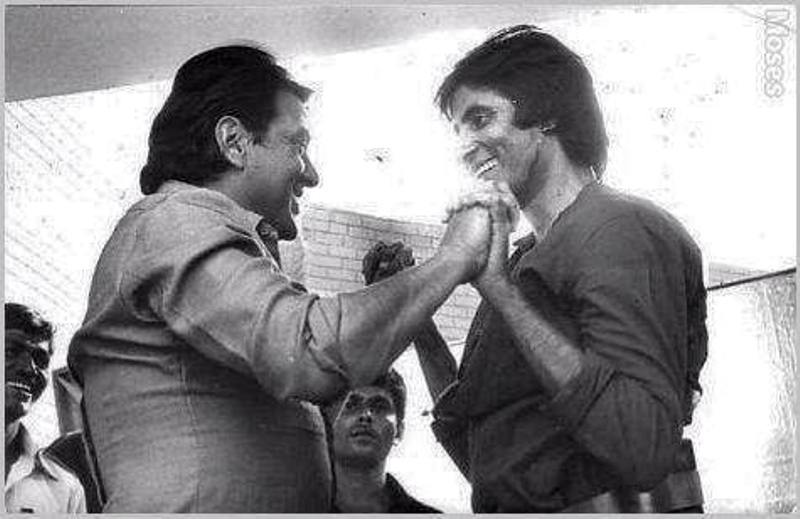 Raj Kapoor, Shashi Kapoor, and Shammi Kapoor: The famous brothers are sharing a moment in this 1982 click. 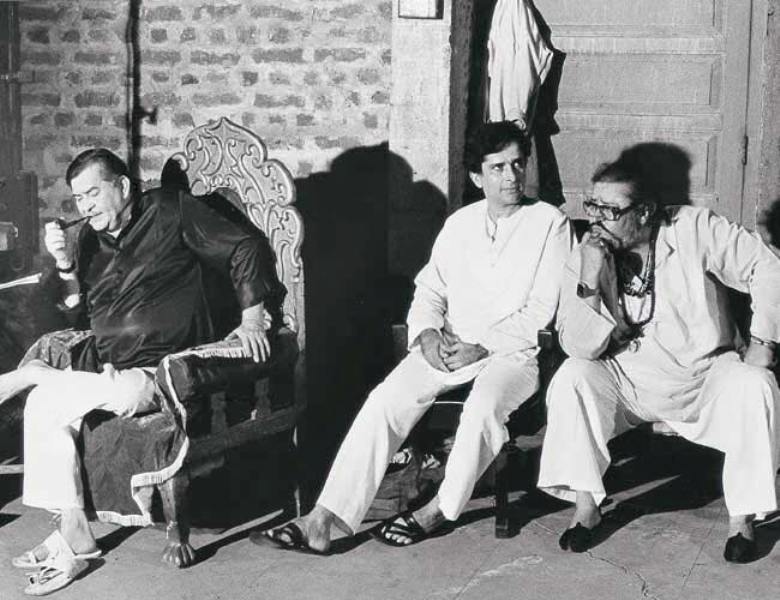 Dharmendra: The He-Man of Hindi cinema is spending time with his first wife Parkash Kaur and his four kids from the first marriage. 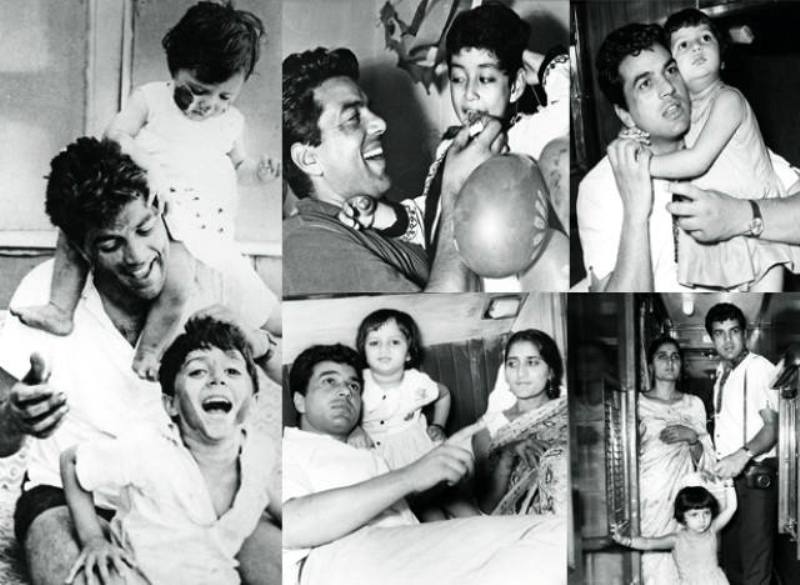 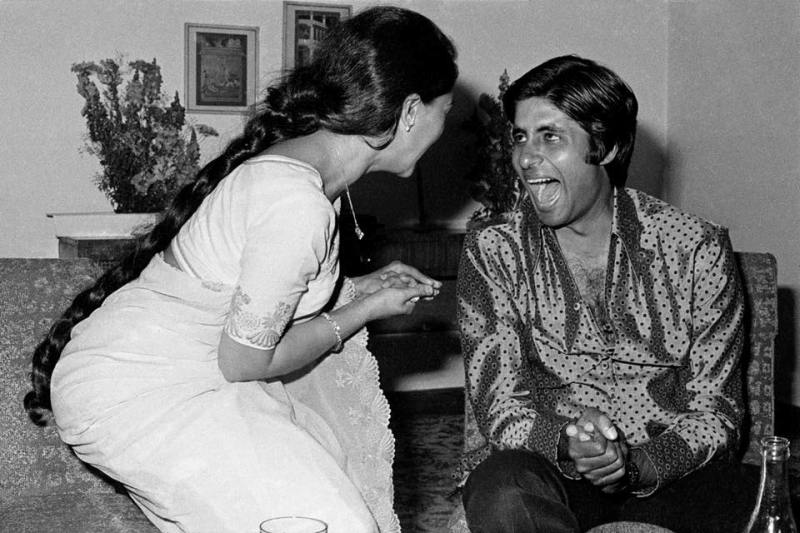 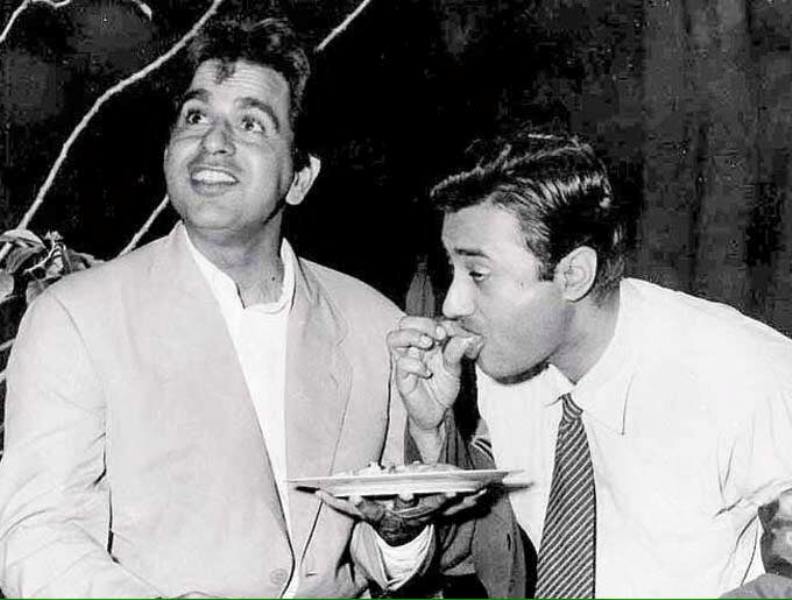 Madhubala: Taken in 1951 by photographer James Burke for Life magazine. 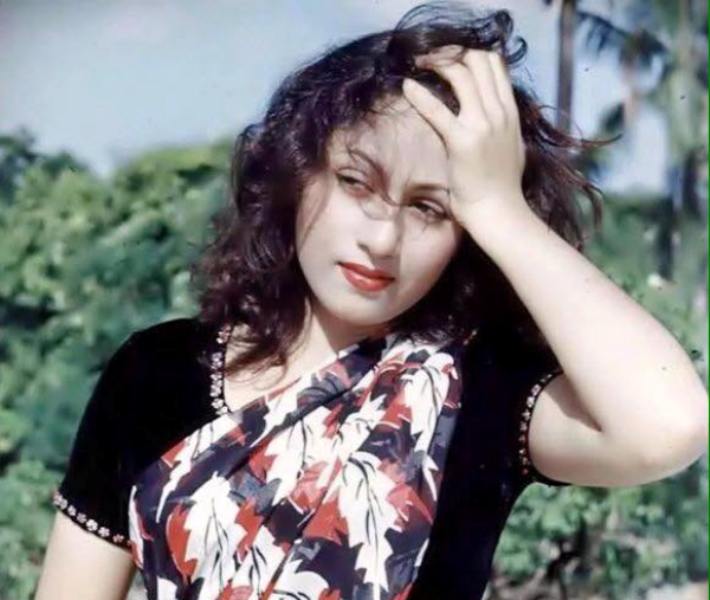 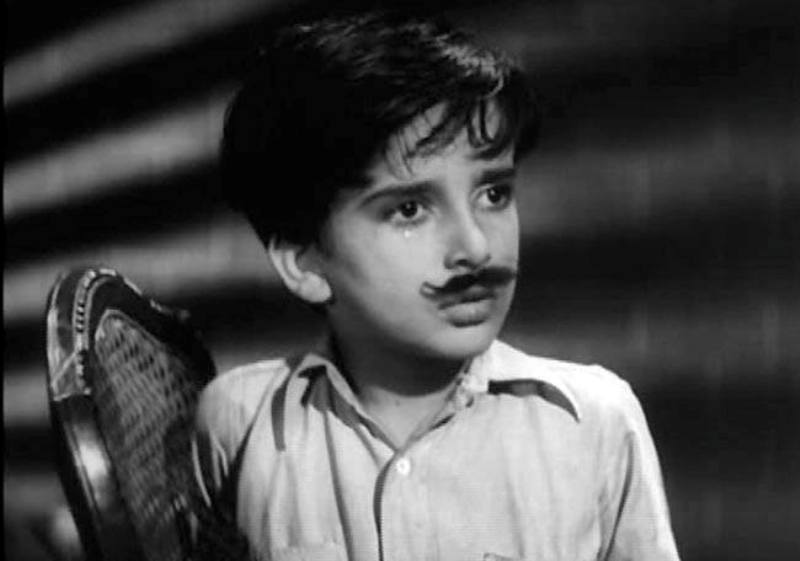 Shashi Kapoor, Manoj Kumar, Amitabh Bachchan and Deven Varma: This picture was clicked during one of the after parties of Roti Kapda Aur Makaan in 1974/75. 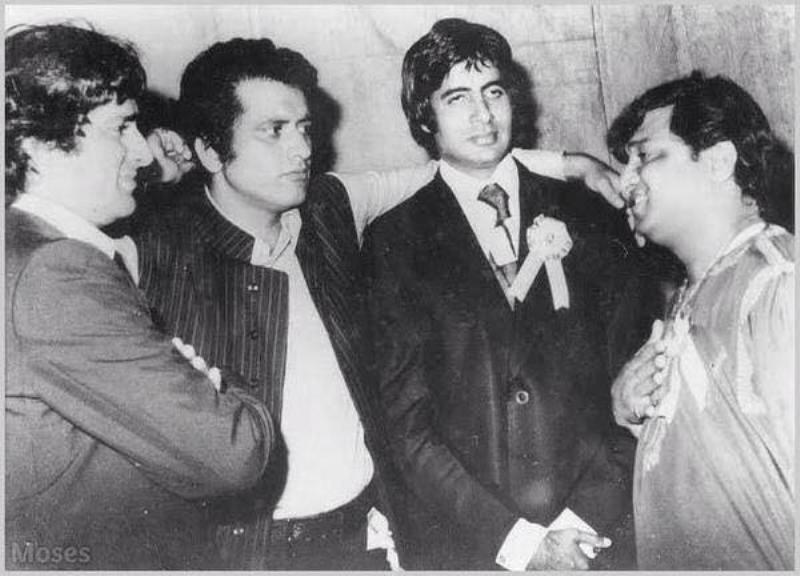 Sharmila Tagore: Clicked in 1969 by Nemai Ghosh at the set of Aranyer Din Ratri directed by Satyajit Ray. 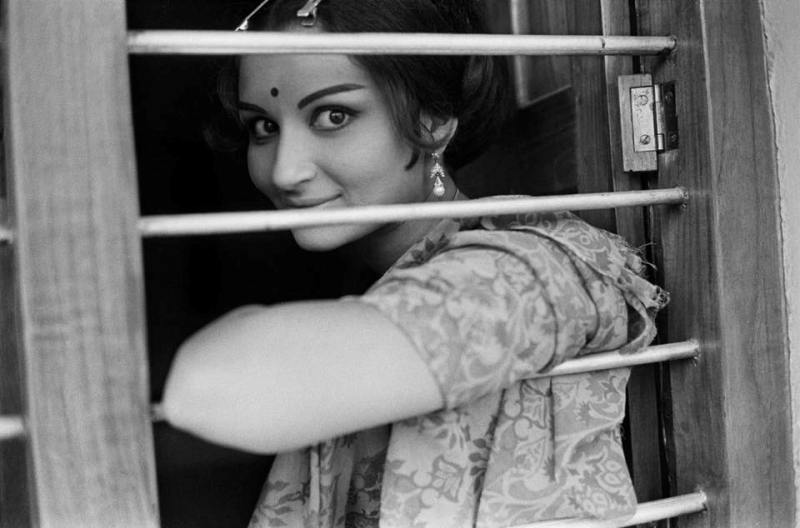 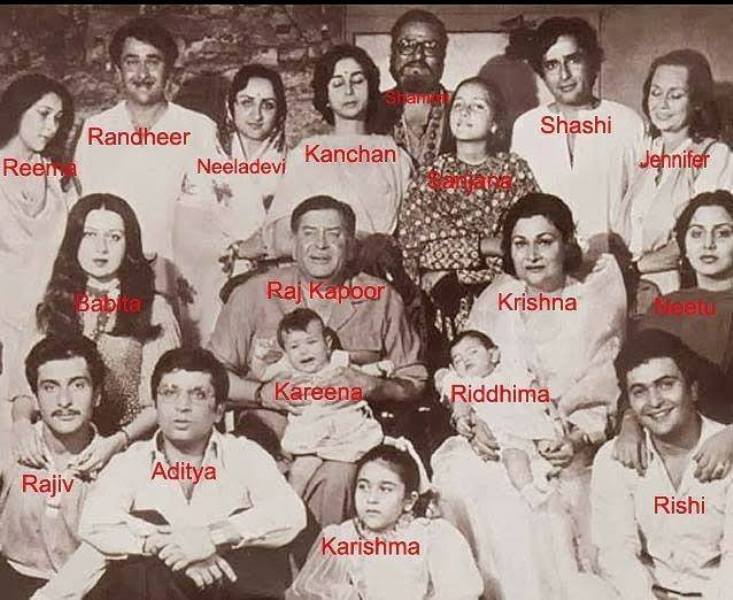 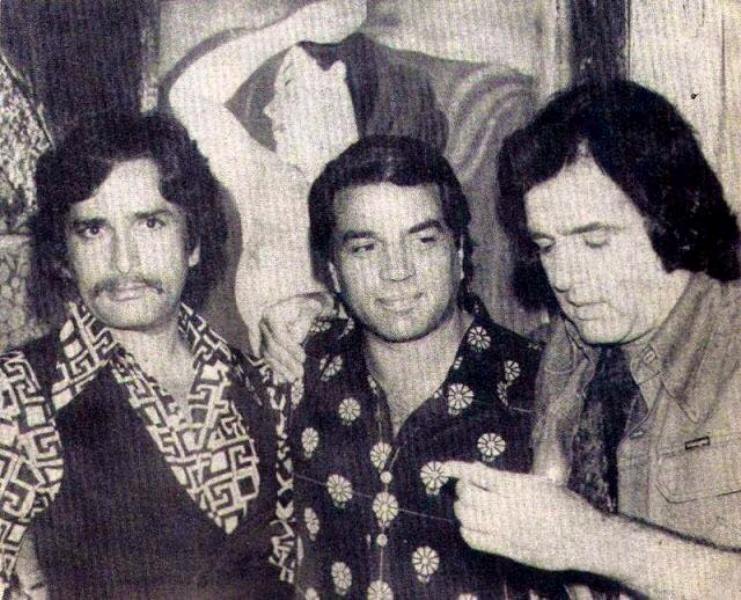 Amitabh Bachchan, Dharmendra, Sanjeev Kumar, and Amjad Khan on the sets of Sholay (1975). 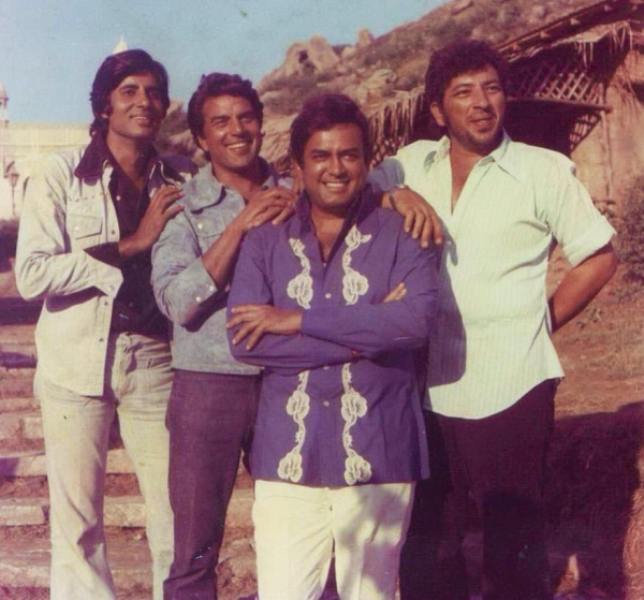 Nargis with son Sanjay Dutt: This family moment was clicked in the 1960s. 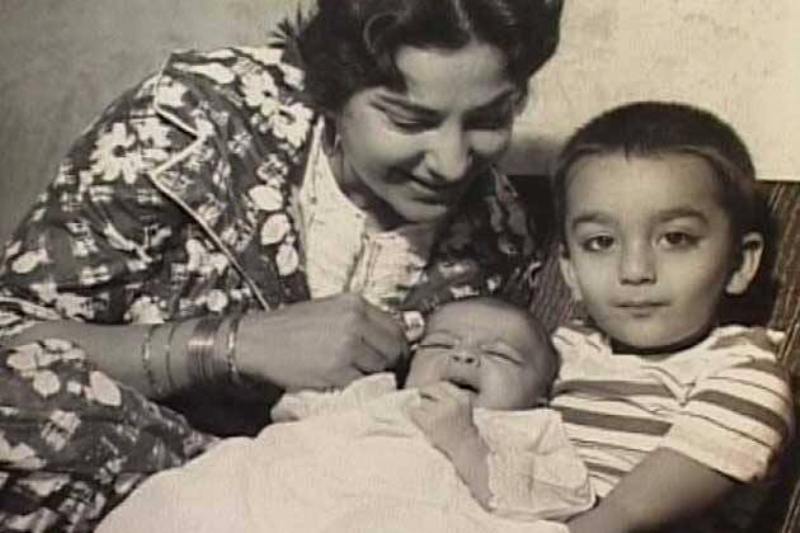 Naseeruddin Shah and Om Puri: A 1970s picture taken at the Film and Television Institute of India, Pune. 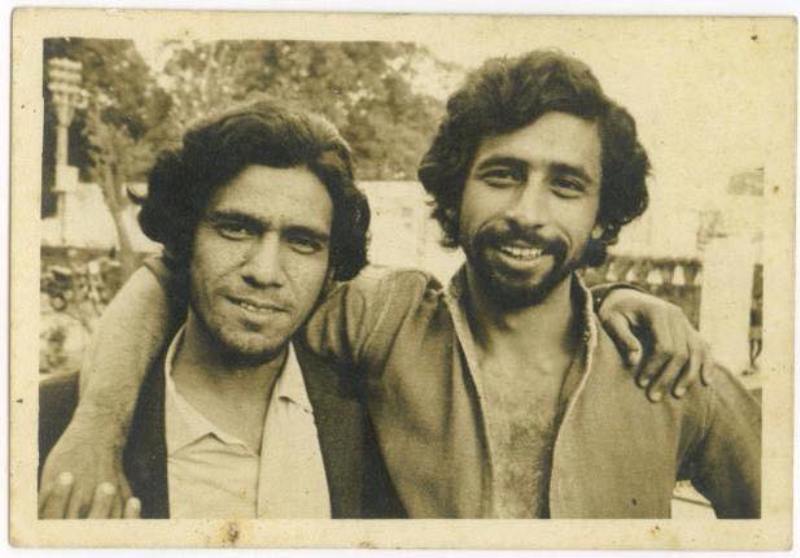 Pankaj Kapoor: The veteran actor through the lens of Nemai Ghosh during 1980s. 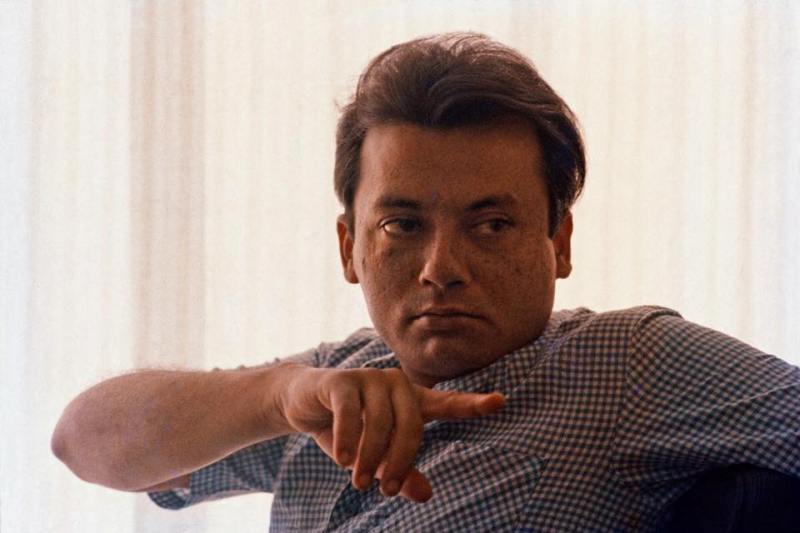 Young Anil Kapoor: This photo was clicked in the 1970s when he was just a teenager. 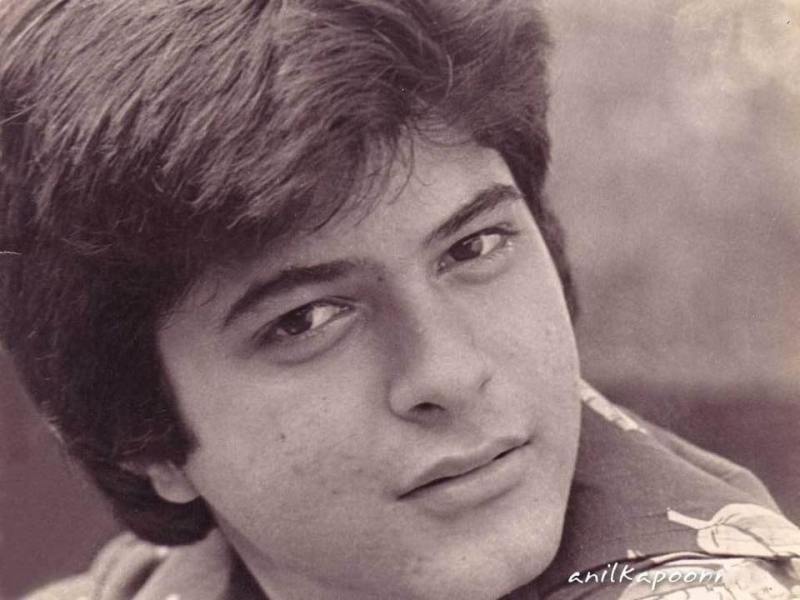 Om Puri, Shabana Azmi and Patrick Swayze on the sets of City Of Joy, a 1992 film based on Calcutta (now Kolkata). 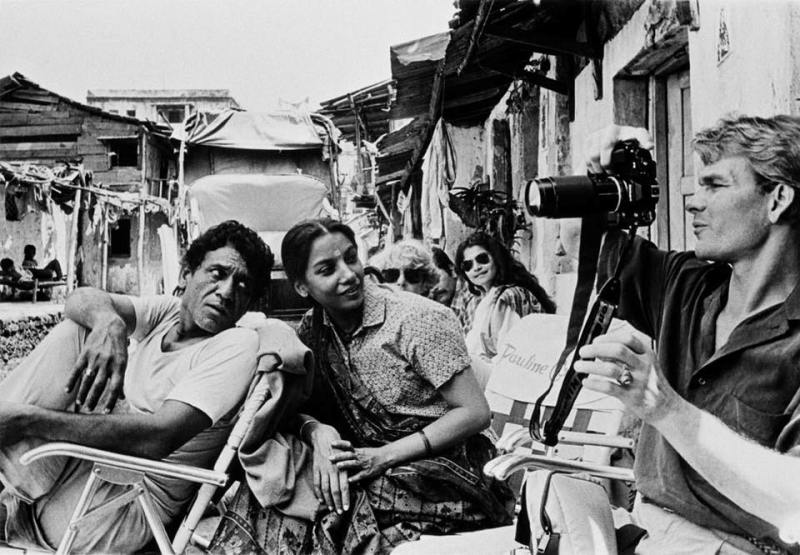 Johnny Lever: During one of his early stage performances. 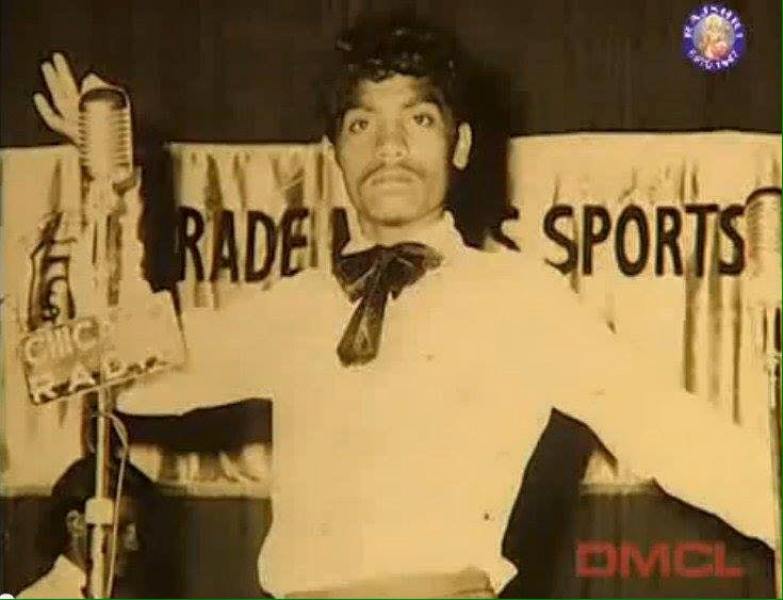 Naseeruddin Shah and Shabana Azmi: Another Nemai Ghosh click from the movie Paar (1984). Both these fine actors received National Film Awards for this movie. 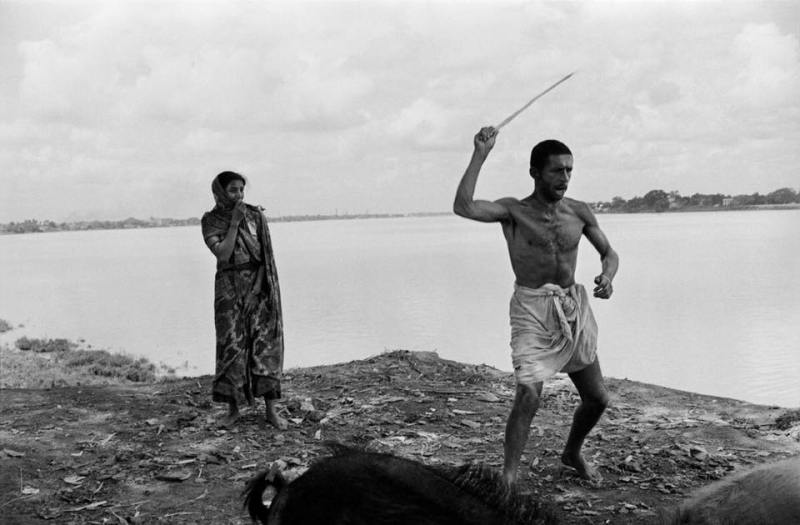