If you love animals, this story is going to make you sob tears. A few days back, a dog named Bruno, a Labrador was lost for days when his owner Sidharth Bharadwaj from Dwarka was away from India. Eventually, Bruno got lost and couldn’t find its way back home. Sidharth, the owner found out about the sad incident only after he reached home from abroad. 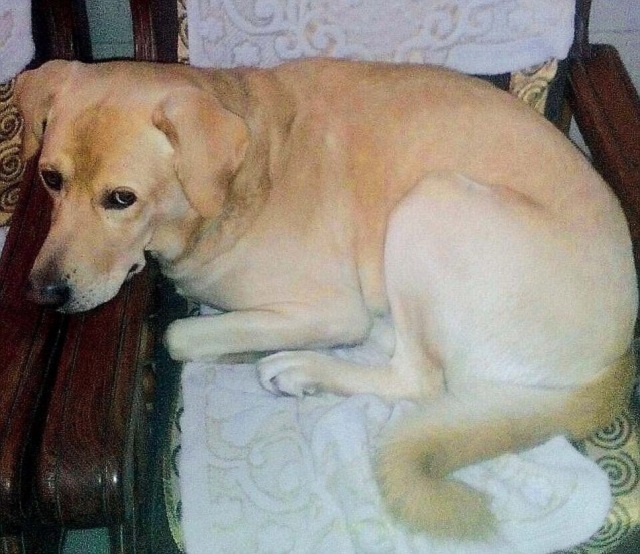 He immediately lodged an FIR about his lost pet to the police, and also put up posters of the dog, promising to reward 10,000 rupees to whoever gave him a lead. 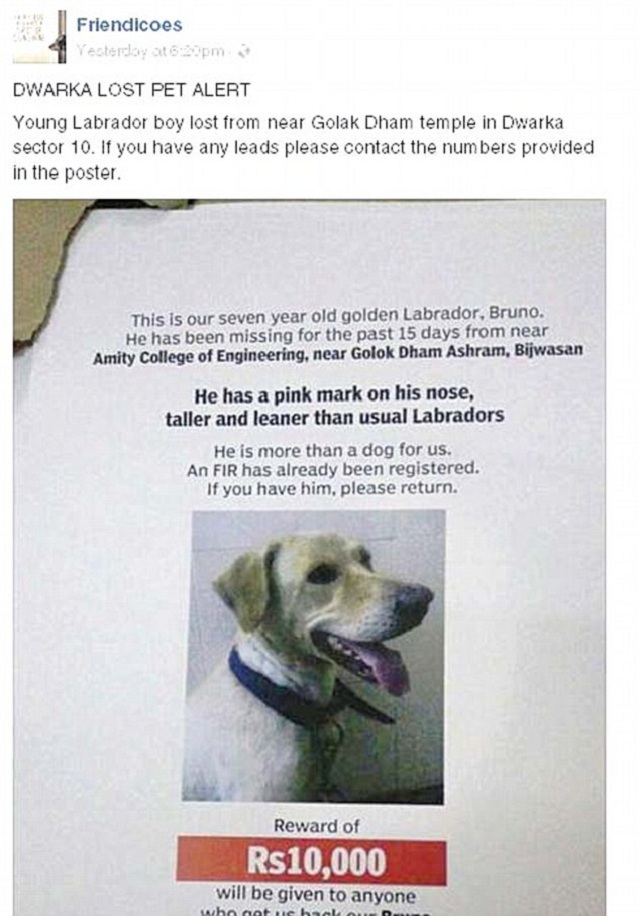 Also read: This Brave Dog Dies A Hero While Protecting Its Master’s Family From 4 Poisonous Cobras

Until one fine night, as the post became viral, the wife of Deepak Palta, a resident of Gurgaon, had noticed the photo and later shared it with her husband Mr. Palta. He immediately recognized the Dog whom he had rescued days ago.

Palta said that when he found Bruno a few days ago in Pushpanjali road Dwarka he noticed him behind a bush and it seemed that he was in a bad shape. To help Bruno, Mr. Palta had made a long chain out of his shopping bags that were in his car and managed to convince Bruno to follow him. Mr. Palta immediately messaged Sidharth about Bruno and told him that his pet was safe and had been kept in an animal shelter.

Sidharth, left early morning to the address of the animal shelter and found Bruno nicely coiled in the shelter home for animals. The owner and his pet were finally reunited through a long and strenuous struggle to find each other’s way.

Also read: Troubled by The Owner, This Dog Finds Shelter In A Lion’s Cage