What’s more gorgeous than your birthday suit when you are at the beach? Forget minimalistic lifestyle, nothing beats the naked fun in the sand, right? God bless the uninhibited liberal people who came up or at least initiated the idea of nude beaches, popularised “soaking the sun” without any clothing and being awkwardly stared at.

Interestingly even naked surfing was a thing in Polynesia around 1874 until 19th century kicked on. Missionaries later intervened and asked people to cover themselves, though mostly, the instruction was ignored.

In 1975, Australia’s first legal nude beach was created the section of Maslin Beach, south of Adelaide was proclaimed legal for clothed and naked bathing.

No bikinis, no short pants, nothing on your mind or body can come between getting that even body tan or lounging in the lap of Mother Nature and singing “itsy-bitsy-teeny-weenie-yellow-polka-dot-bikini!”

It is said that in 1976, the first National Nude Beach Day was designated and a nude picnic and photo shoot was organized in front of World Trade Center.

Though, we have lovely beaches around the world, as of now, we are rounding up 5 most popular ones worth your tan and vacation time.

Let’s take a look at these. 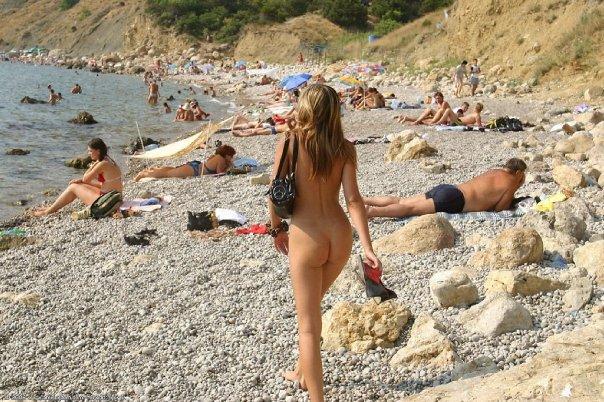 It is believed that nude beaches started gaining attention sometime in 1950s around the French Coast before gradually spreading around the world though around 1840s, nude bathing was common on the beaches of United Kingdom. Any sort of clothing was considered tiresome and dangerous for the swimmer.

Tucked away at the bottom of a majestic cliff, Black’s Beach one happens to be the oldest and the first public nude beach to have existed in the United States. The beach is jointly owned by the state park and the city of San Diego. For several years until the mid 70s, Black’s Beach was enjoying the status of a full-fledged public nude beach until a couple of changes were proposed. Despite being recognized as a clothing optional beach traditionally, in 1977, nudity was stroked off.

At one point, people believed Black’s Beach was named after the black stones and sand, but turns out to be, Black’s Beach is named after a Black family who owned a horse farm that overlooked the beach. The family’s private road to the beach is still retained.

Other than being one of the quite famous nude beaches in Hawaii, Little Beach also enjoys an ambiguous mix of whale watchers, surfers and swimmers, naturists and tourists alike. Though naked sunbathing is illegal in Hawaii, but without any stringent laws on that, Little Beach has been left unperturbed for years.

With its white sand and vibrant turquoise blue water, Little Beach is so incredibly perfect that even Dr. Leisure fell for it. For over a decade, he has been painting colourful nudes and chances are you might even run into him. In fact, Little Beach also displays some of his paintings as souvenirs.

One of the other highlights of Little Beach is the Sunday sunsets which are visually splendid. There is an elaborate tradition of drum circles, fire juggling and fire dancing.

Predominantly, Little Beach is a hotspot for uninhibited nudists. If you are a little shy kind, it may take you a while to undress, naked sunbathe or hangout comfortably. 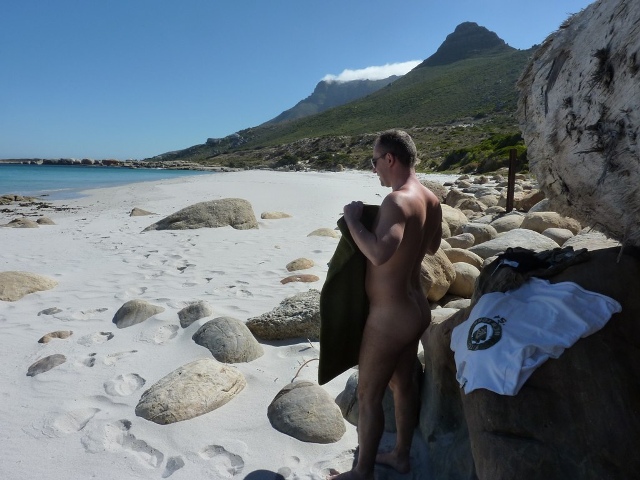 For the people of Arkansas, the nude beach concept hasn’t been favourable since 1957. A law was passed stating it was illegal to “advocate, demonstrate or promote nudism” on public as well as private properties.

Haulover Beach located in the North of Miami is listed as one of the best nude beaches by different travel publications. What makes it all the more charming is that Haulover Beach falls under those few government-sanctioned “clothing optional” beach in the United States. As much as this beach (not to forget the pristine white sand) is a hit among the naturists, Haulover Beach is also famous for its bouncy nude volleyball sessions. In fact, infrastructure wise, this beach is doing well with certified lifeguards and public restrooms.

Red beach has an undeniable overall charm. So they’ve got a fascinating history of hippies, it is secluded (so lesser the creeps), sun bathed rental cottages, breathtaking ancient ruins, red sand, and of course not to forget the heavenly waves that make it look like a wonderland. Also, Red Beach has easy access; you can go hiking from Matala to the beach or use a boat. An intriguing part of the beach is the self formed marine cave which can be reached by swimming or canoeing, depending on the levels of your adrenaline rush. If there, you may be welcomed by ship wrecks that are washed ashore. 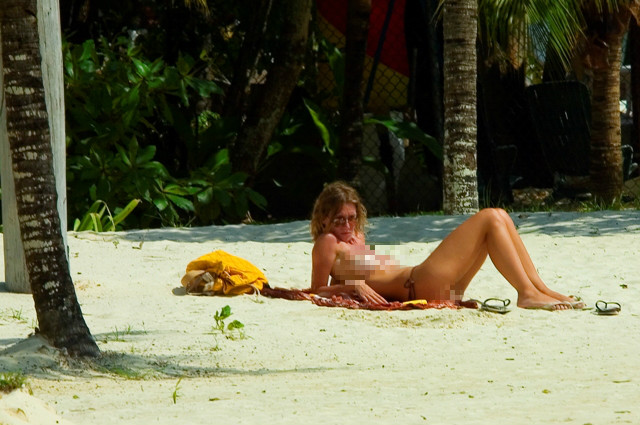 In the course of time, many official and unofficial nude beaches emerged mainly because of the liberal attitude of the authorities towards public nudity (which has magically worked all these years) but Denmark has seldom been stern with this law, especially after the 1969 naked “wade-in” at a Danish beach. Since then, most of Denmark’s beaches have become clothing optional.

Brazil has no dearth of beautiful beaches, Praia do Pinho was the first official nude beach of Brazil, this one stands out considering nude beaches are a rare phenomenon here. Parked in the city of Balneário Camboriú, Praia do Pinho is also considered one of the first naturist beaches that debuted in 1987. But this is one of the few beaches that are not too kind with unaccompanied males, so, yeah, there’s no way you may attempt to forget a female friend.

Nude is not lewd anymore.