It is said that there are so many places on the Earth which go on to the unbelievable depths naturally, most of which are not accessible.Similarly, underneath the surface of the Pacific Ocean, lies the deepest place on Earth is known to the mankind.

This crescent-shaped oceanic abyss is called the “Challenger Deep” in the Mariana Trench. 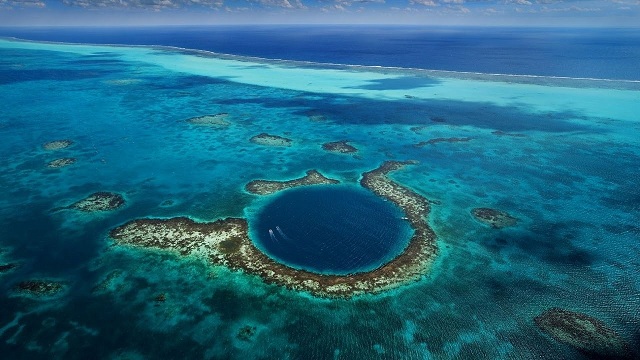 If the highest peak on Earth, Mount Everest was to be placed here, it would only cover a mile of this trench. That’s how deep this part of Mariana Trench is! 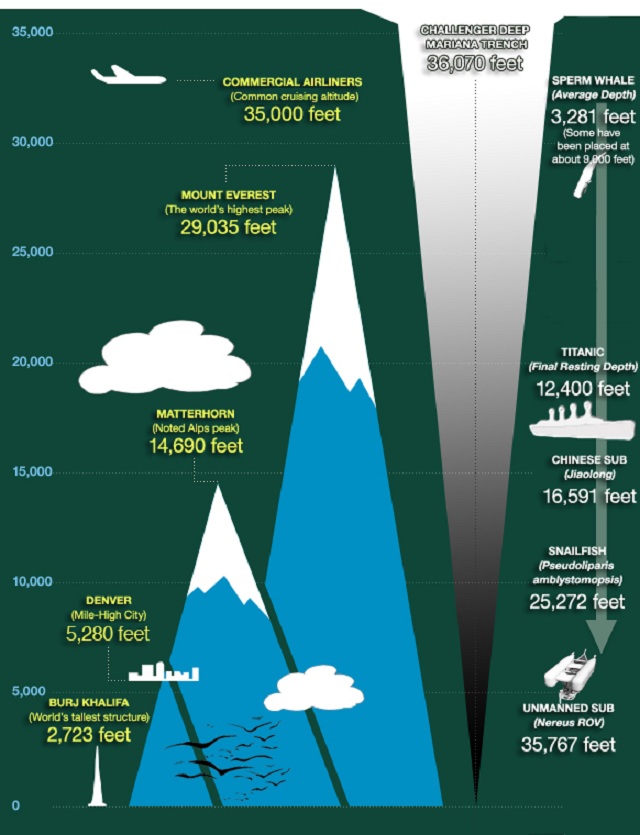 This trench was measured by the sounding technology, whereby a line of weight is dropped into the water. Today scientists use what is called the Sonar technology. 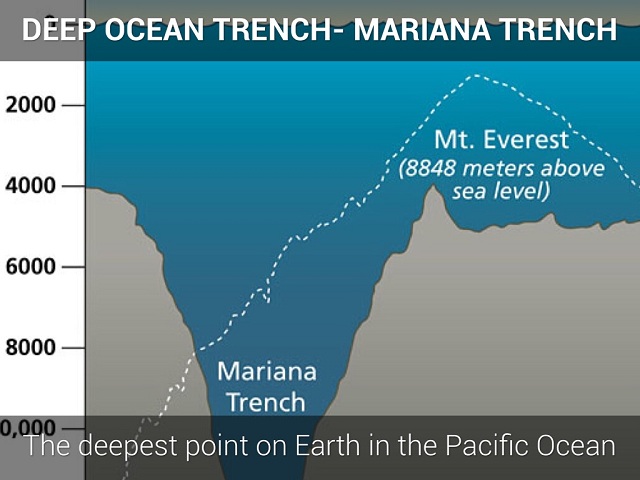 The latest descent that has taken place is by The Nereus, a vessel sent by the U.S. Navy in the year 2009. While Nereus was underwater, it spent a total of 10 hours there and kept sending pictures, live data, and videos. The pressure at the bottom of this trench was so much that the vessel’s window cracked!

This Challenger Deep in the Mariana Trench is one of the fascinating rings on the face of this Earth. We hope you enjoyed reading about this just as much we enjoyed writing it.

Also read: There Is An Underwater Waterfall In Mauritius And Needless To Say, It’s Majestic!