You must already know about the stunning natural beauty that Mauritius poses. Now here we tell you about one unique, secret underwater waterfall that not a lot of tourists know about.

This secret and hidden waterfall is located in the southwestern shore, which, we feel should be a landmark spot for Mauritius. 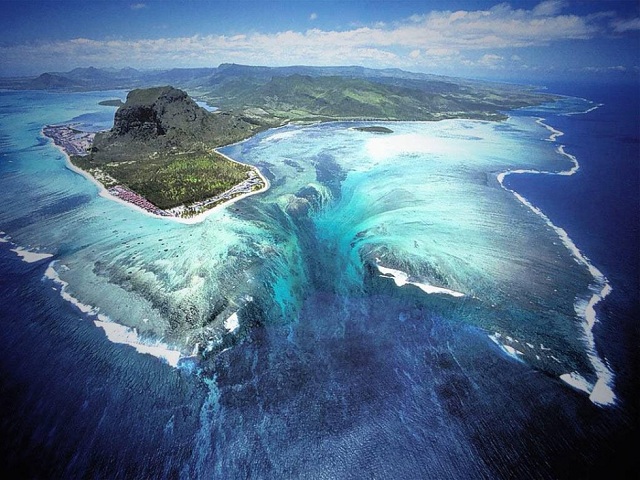 This secret waterfall is such that if one day you came out to swim too far in the ocean, you might just get sucked into this stunning phenomenon. However, hold thy breath! 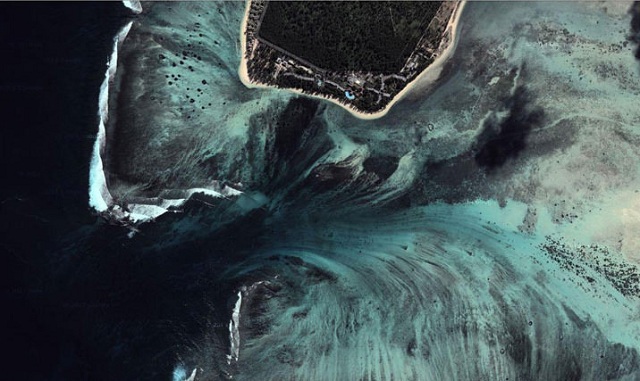 This is simply an illusion of an underwater waterfall. However, it looks pretty realistic, frankly. It is almost as if Mother Nature had herself picked up a brush and painted the waterfall of her dreams. This amazingly delusional waterfall on the island of Mauritius is one of the most stunning things to see in your lifetime.

The reason for this underwater illusion is credited to the formation and accumulation of silt and local sand deposits which runs through this area. 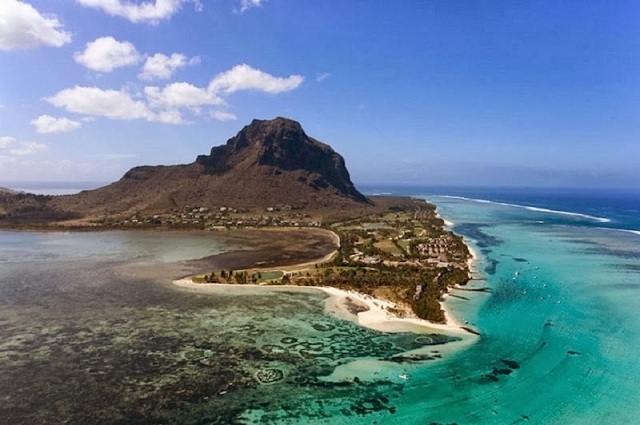 This makes the water appear like a deep waterfall that seems to be opening into a new dimension altogether!

Although it is just as exciting to go and see this wonderful work of nature in person, various aerial and chopper shots have given us some of the most visually stimulating images. Its stunning look and magnificent appearance almost make it too good to be true. 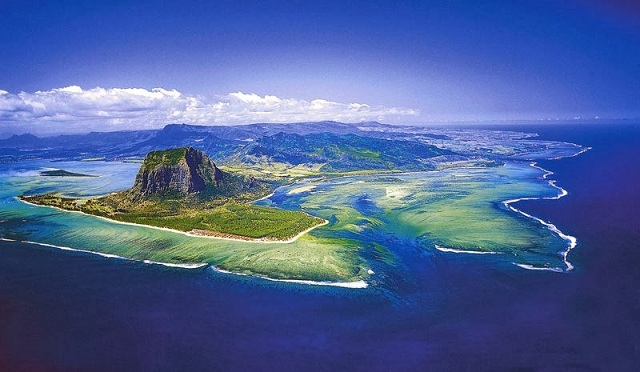 Now you know that we are not, in the least bit exaggerating.