For anyone updated on the Punjab crisis 2015, one would agree that Punjab is now interpreted as a capricious zone simmered in anger over the alleged desecration of the religious book of Sikh community, Guru Granth Sahib.

For the uninitiated, the troubles started when pages from the sacred Guru Granth Sahib were strewn in Bargari village (Faridkot district). Further, to add fuel to this fire, there were couple of dormant political issues, including the infamous 2007 Dera Sacha Sauda controversy, that surfaced around the same time making matters all the more complicated in this state.

This led to immense anger among this otherwise peace-loving community; and violence broke out leading to multiple protests, two innocent deaths and eventual unrest among the entire Sikh community.

Despite the judicial probe initiated by Punjab Chief Minister Parkash Singh Badal, religious violence failed to die down and this once peaceful and vivacious state known for its humongous contribution across all spheres (read Air Force and Indian Army and humanitarian ground), Punjab is currently facing regular explosive protests, unpredictable clashes and some questionable political interventions.

While the state and its people are grappling with intensity of the situation by keeping away from any conflict, and trying to ascertain the nature of the (Dera) conspiracy, if any, in another world, people from this very community are contributing massively towards “India Shining” at a global stage. And so, here are a few gems from the beautiful Sikh community who lead us to believe that this state-wide turbulence is not here to stay.

Punjabi officially becomes the third language in Parliament Of Canada.

It was a known fact that after English and French, Punjabi was the third most common as well as spoken language in Canada. Owing to the same, in what can be called as a mighty announcement, Punjabi has now become the third official language in the country’s new Parliament. Interestingly, the 20 elected candidates in the House Of Commons spoke Punjabi. Also, per the Statistics Canada’s 2011 National Household Survey, 430,705 Canadians mentioned Punjabi as their mother tongue!

When Sikhs set up ‘langar’ for fleeing Syrian refugees and epitomised humanity all over again.

There are several incidents hinting at how Syrian crisis is worsening and how every day, and how thousands of migrants are losing their hopes as well as lives. To help the refugees fleeing Syria, Langar Aid, a UK NGO that offers free food and water to the ones in need has set up a bakery that feeds almost 14,000 people per day. In Sikhism, Langar means a communal meal usually offered at temples and Gurdwara. The UK NGO consisting of NRI Punjabi Sikhs which is named after the same set up the bakery about 10 kilometres of the border.

Rupi Kaur, the artist, the photographer and the poetess with a beautiful mind and more striking words described the innermost emotions and gracefully made her stand clear over the Instagram controversy. 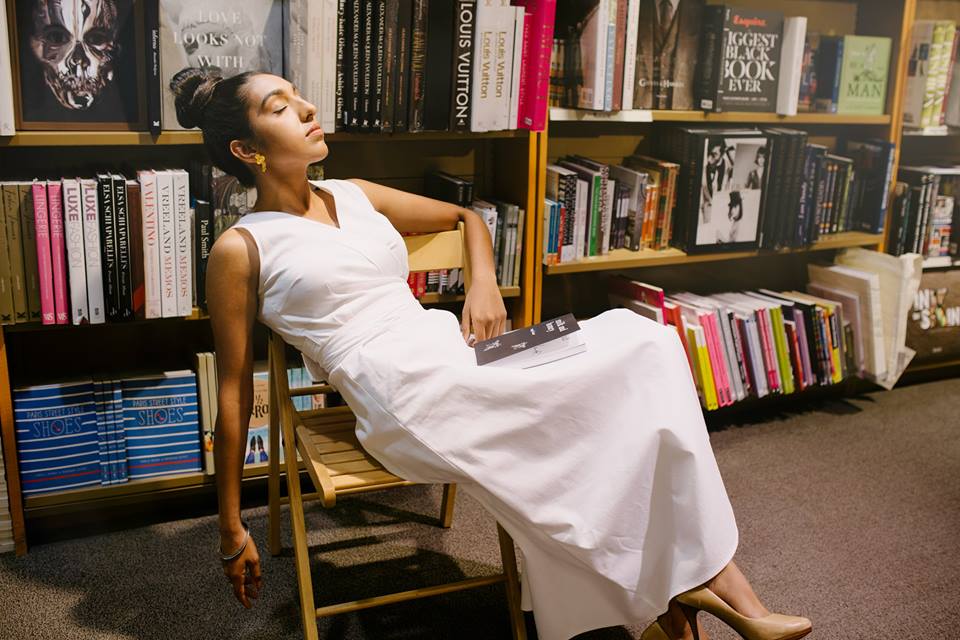 London’s Rupi Kaur first hit headlines when Instagram deleted her period photos twice because, according to them, it did not follow their community guidelines. Her bold response was just perfect shunning away hypocrisy and misogyny.

Apart from her ‘so called controversial’ photograph that ensued whole lot of outrage, Rupi Kaur’s first book, Milk And Honey, which is an enchanting collection of poetry and prose, resonated with her 67k fans.

And when Defence Minister Of Canada, Harjit Sajjan redefined cool and badassery and received an overwhelming slew of welcoming tweets.

Carrying forward his Sikh warrior tradition with elegance and pride, Harjit Sajjan earned the reputation of being the best single Canadian intelligence asset who with his sheer determination and bravery saved many Canadian lives. In fact, a 2006 letter of appreciation from commander of Canada’s Coalition Task Force in Afghanistan is doing the rounds. He is known as man who is unflappable with words and adept at handling all matters.

When Harman Singh, a young Sikh student broke religious protocols, removed his turban to save a 5-year-old kid.

Harman Singh from New Zealand removed his sacred turban in order to stop the bleeding of a child who was hit by a car. For any Sikh man or woman, the turban is never to be removed unless one is in the privacy of their home.

Sikhism has 5 K’s (read Kesh – uncut hair, Kanga – comb, Kara – steel bangle or bracelet, Kachchera – cotton underwear and Kirpan – small sword) and the turban protects one of them, which is Kesh. This young man’s story went viral on social media with comments pouring in and about his bravery and thoughtfulness. Harman’s proved that humanity always comes before religion. He says, he just did what he was supposed to and was trying to be a decent member of the community.

Despite the trying the circumstances and the tough situation, the work done by the Sikh community and its humble members is inspiring and admirable.