Husband Gives Ex-Wife Gets Half Of Everything |SoPosted

Wrath is one of the seven cardinal sins and in this case, it has taken the form of an unusual revenge. Such is the nature of this revenge of a husband that, he has already received millions of views in just a bunch of days. Indeed, this is that kind of video that you see right when it’s uploaded and you can tell that it will be a viral video.

Some people might call him an insane attention seeker, but he’s just another normal guy taking revenge on his unfaithful wife. Ask yourself; if you had an unfaithful wife, and then she took away your home, and now she wants half of everything. Won’t you flip out? So he knew his wife would get what she wanted by claiming it in the divorce settlement, but he didn’t want her to have the satisfaction of that. And giving her the house, and half of everything, would leave him with almost nothing. So he’d rather have nothing, than letting his wife have the satisfaction of having almost everything. 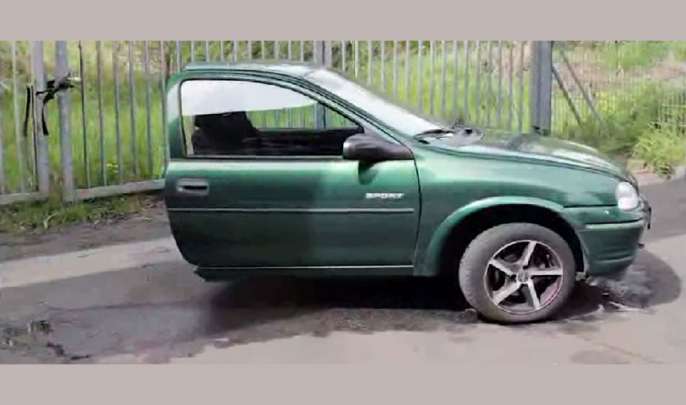 While watching this video you’ll be like “gimme that iPhone oh my god! don’t cut it!” But that moment when you see him cutting an iPhone, a TV, Macbook Air, CAR!, even a teddy bear, that moment when you’re awestruck, anger-struck, all kinds of emotions struck, is priceless.

But the best thing about this video is that he cuts it all so well, proportionately and measuring everything in half.

Hats off to you, Sir! Best revenge is not served cold, but served in half.

Also Read – How Should You React to Your Cheating Husband?