Kerela: A 76-year-old female martial arts master has been seen fighting with a man half her age in an impressive contesting match.

Footage of the spectacular display in Vatakara, Southern India, shows the pair practicing the ancient martial art of Kalaripayattu, considered to be one of the oldest fighting styles known across the world.

The septuagenarian, named Meenakshiamma, has been practicing and perfecting this form of martial art ever since she was 10.

Video caught by a spectator shows how the elderly lady was just as quick, strong and agile as her rival – a much younger man – during their fighting routine.

Hundreds of people cheer the two as they flock around the arena late at night.

As a master, the old age pensioner has been responsible for training hundreds of students in the area, many of whom are now teachers themselves, reports reveal.

Her impressive technique is consequently both offensive and defensive. 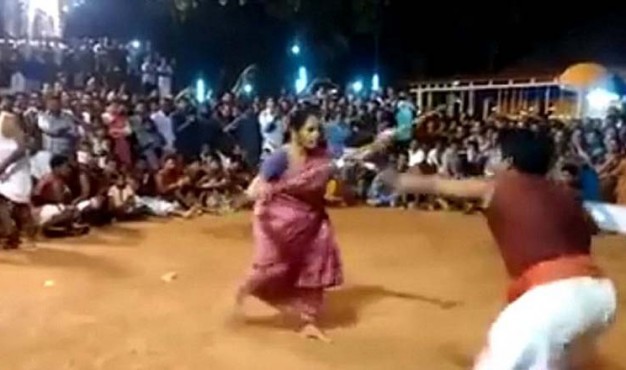 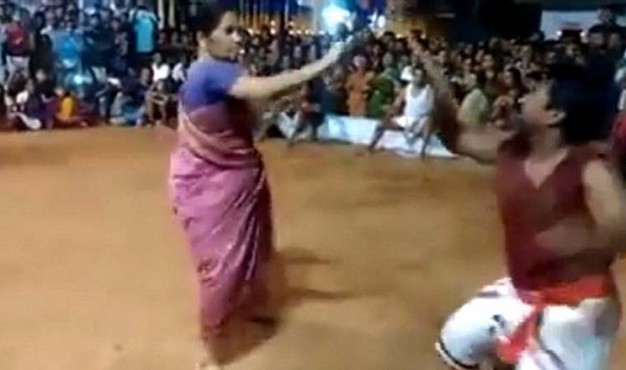 Kalaripayattu is a combination of steps, postures and fighting styles.

Interestingly, every few miles the art differ within the region and is distinguished by their different attacking and defensive patterns. Not only do the names of poses alter, but experts also disagree about the application and interpretation of the art form.

The video of the fight has rapidly gone viral, fetching millions of views proving she is certainly not your average grandmother.