Hrithik Roshan was born on 10 January 1974 in Mumbai. Hrithik’s father is Rakesh Roshan, a Bollywood actor, director, and producer. Hrithik Roshan is one of the most talented, handsome, macho personality as well as a good dancer in the Bollywood film industry.

Hrithik was first seen on the screen when he was six years old as an extra artist in a dance sequence in the film “Aasha” in 1980. After that film he did two more small characters in the films “Aap ki Deewane” and Bhagwan Dada “in 1980 and 1986 respectively.

Hrithik started his Bollywood career as a full-time actor when he played the lead role (double character) opposite Amisha Patel in the film “Kaho Naa Pyaar Hai”. The first two weeks after the release of the film were not good enough. From then gradually the film rose to top position and became the biggest success in 2000. And It was the highest grossing film in that year. That film made him an overnight superstar and he was thought to be the next big name in Bollywood. The film also will win as many as eight awards in various contests. He was awarded the Filmfare Best Debut Award as well as Filmfare Best Actor Award. After that film and in the same year he also acted in the films “Fiza” and “Mission Kashmir”. They did not do well well at the box office. Hrithik acted in “Yaadein” in the year 2001 and it rejected a big flop at box office. Later he acted in Karan Johar’s “Kabhi Kushi Kabhi Gham” With the big names Amitabh Bachchan and Shahrukh Khan and that film was a success and he got a lot of praise for his acting in that film. 2002 was a very bad year in his career for all his three films were big box office flops. 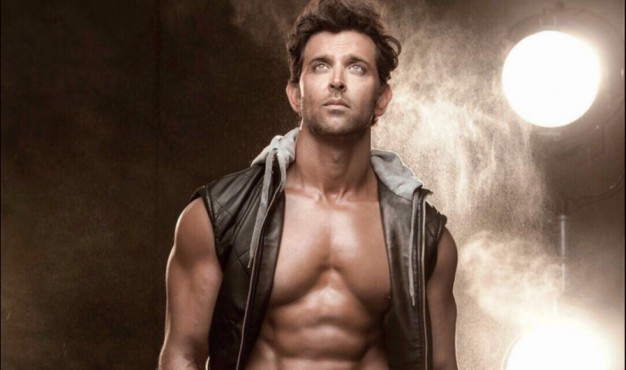 Hrithik came back with his another blockbuster movie “Koi Mil Gaya” in 2003 directed by his father Rakesh Roshan. That film was the biggest hit of that year and also earned him as many as six best actor awards in various competitions including his second Filmfare Best Actor Award as well as Best Actor Critics Award. In 2004 he only acted in one film “Lakshya” directed by Farhan Akthar. Its result discouraged him a little as it did not do well at the box office. But he won the praise of critics as the best performance by him to that date.

Hrithik took two years rest after the film “Lakshya” and was back with “Krrish” in June 2006. The movie was again directed by his father Rakesh Roshan and was the sequel to his movie in 2003 “Koi Mil Gaya”. It was an again a big hit for both his father and himself.

Hrithik’s most recent movie is Dhoom-2, which is the sequel to the 2004 blockbuster Dhoom, in which he acted the role of John Abraham in the first part. Dhoom-2 was a major success in 2006 and has already been the highest grosser of the year.

His upcoming films, that are scheduled to release in 2007 and are currently on sets are “Jodha-Akbar” and “Kismat Talkies”.

Hrithik got married to Suzanne Khan, his childhood friend and the daughter of actor and director Sanjay Khan. They were classmates at school. She is the sister of actor Zayed Khan. They had their baby boy on March 28, 2006, at Leelavathi Hospital in Mumbai. The boy was named “Hrehaan”. Hrithik has an extra thumb just beside his thumb on his right hand. Hrithik has a sister called Sunaina.