Sonu Nigam, dressed as beggar, sang on streets of Mumbai

Breaking into impromptu gigs is something which many performers do; dancers, singers, magicians, actors, comedians. But, singer Sonu Nigam just pulled off something which is a rare sight. The man, whose melodious voice has soothed many of our moods, dressed like a beggar and sang on the streets of Mumbai.

You might go on to think, why did he do this? Like why would a singer whose concert tickets priced for thousands, sing for free on the busy lanes of Juhu in Mumbai. 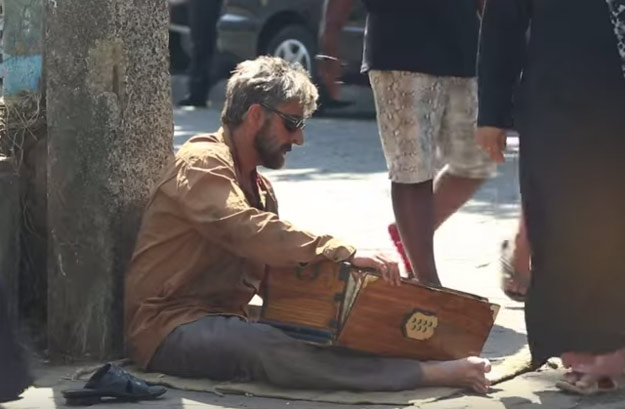 Well, it was a social experiment by an organisation ‘Being Indian’. The experiment was to capture people’s emotions amidst their monotonous lives. Mumbaikaars stopped to hear to the beggar earnestly, oblivious of the fact that the old man is Sonu Nigam. There were others who passed by without giving much attention (blame it on the busy lives of big cities.)

Signing up for such an experiment was not an easy task as Sonu had to apply prosthetic makeup.

Speaking about it, he told a leading portal,

“I went without any expectations, totally bereft of any awkwardness for the way I was looking and what I was about to subject myself to. For the first time, I was not me, the make-up was so good and authentic people standing so close to me couldn’t recognise me. I was carrying the harmonium that my parents bought when I was born. It was all so humbling. And from such an unfamiliar zone, I managed to procure something. Gratitude, Grace and appreciation for what we have.” 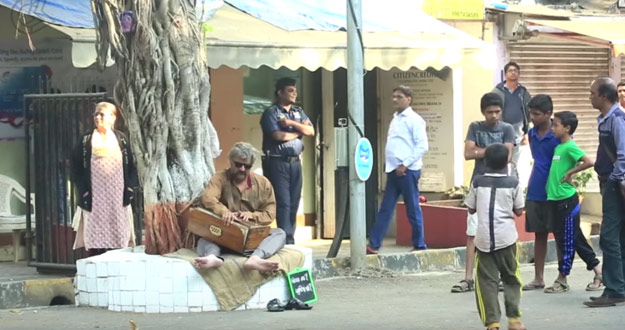 A few days ago, Sonu broke into a gig when he started singing on a Jet airways flight, giving much entertainment to his co-passengers on the journey. This, however, did not go well with the airlines as they suspended the crew members on the flight for misusing the flight’s equipments.