New York: How would you react if somebody told you that they just ate a dessert worth $1000 (Rs 67,000 approximately)? You would probably take it as a bluff and won’t believe it.

Much to your disbelief as it may come, there exists a restaurant in New York which servers the most expensive desserts and dishes in the world, the maximum being priced at a staggering $25,000 (around Rs 16.86 lakh).

Serendipity 3 is a restaurant located at 225 East 60th Street, between Second and Third avenues in New York City, founded by Stephen Bruce in 1954. The restaurant has been in the limelight for several films, including the 2001 romantic comedy Serendipity. 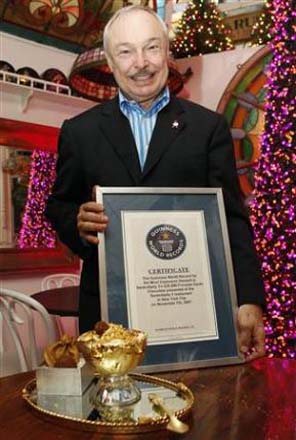 In 2004, Serendipity unveiled a $1,000 (Rs 67,000) dessert called the “The Golden Opulence Sundae”, which Guinness World Records declared the world’s most expensive dessert. 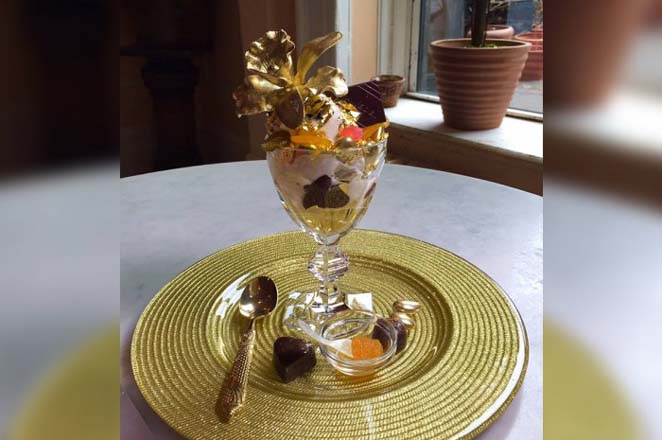 It is made with some of the most expensive ingredients in the worls such as Tahitian vanilla bean ice cream, Madagascar vanilla covered in 23K edible gold leaf, world’s most expensive chocolate, Amedei Porcelana, Chuao chocolate which is from cocoa beans harvested by the Caribbean Sea on Venezuela’s coast.

It also contains exotic candied fruits from Paris, gold dragées, truffles and Marzipan Cherries and is topped with a tiny glass bowl of Grand Passion Caviar (exclusive dessert caviar, made of salt-free American Golden caviar known for its sparkling golden colour). The dessert is sweetened and infused with passion fruit, orange, and Armagnac. The sundae is served in a baccarat Harcourt crystal goblet with an 18K gold spoon, and topped with a gilded sugar flower by Ron Ben-Israel.

In November 2007, Serendipity stepped up its game by unveiling a $25,000 chocolate sundae, setting a Guinness world record for the most expensive dessert yet again. 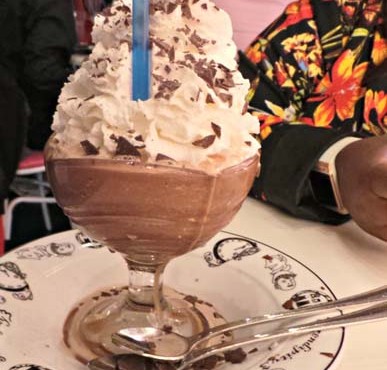 Stephen Bruce, owner of Serendipity 3, partnered with luxury jeweller Euphoria New York to create the “Frrozen Haute Chocolate,” a blend of 28 cocoas, including 14 of the most expensive and exotic from around the globe.

The dessert, spelt with two Rs, is infused with 5 grams (0.2 ounces) of edible 23-karat gold and served in a goblet lined with edible gold. At the base of the goblet is an 18-karat gold bracelet with 1 carat of white diamonds.

The sundae is topped with whipped cream covered with more gold and a side of La Madeline au Truffle from Knipschildt Chocolatier, which sells for $2,600 (Rs 1.75 lakh approx) a pound.

It is eaten with a gold spoon decorated with white and chocolate-colored diamonds, which can also be taken home.

“It took us a long time to experiment with all the ingredients and flavours, and more than three months were needed just to design the golden spoon,” Bruce told Reuters. 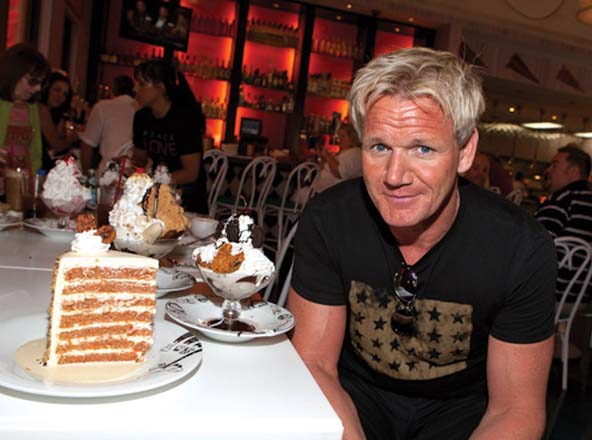 It is a staple on his menu and a favourite with rock stars, socialites and other celebrities,

Both desserts are sold only with advance orders. Bruce said he has received inquiries about his latest creation, mostly from Europeans planning to visit New York.

“I wouldn’t be surprised if soon we get a call from a Middle Eastern prince or Shah willing to give something sweet to his many wives on his next trip to the city,” Bruce said. 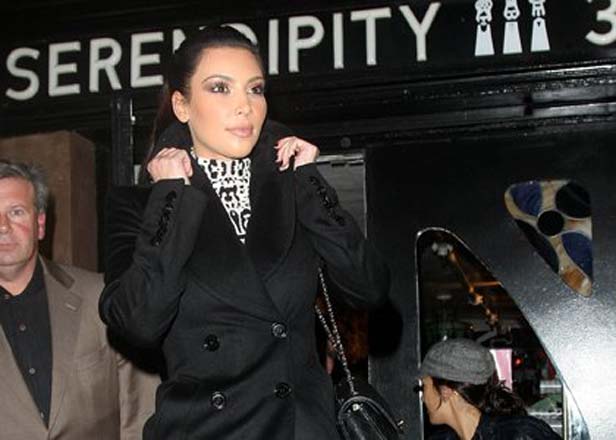 In May 2012, Serendipity 3 was recognized as the Guinness World Record holder for serving the world’s most expensive hamburger, the $295 (Rs 20,000 approx) Le Burger Extravagant.