It has been a crazy ride, since he popped the question. Meeting his family, friends, spending more time together and after deciding the date, going for dress shopping while making arrangements for the big day! I want to look my best on my big day, but I guess to do that I need a magic wand.

If these are the thoughts that are running inside your head and in between all the happy chaos, you are wondering how your wedding dress should be like, then here we have something for you. A bit of cues from Hollywood’s most loved wedding dresses that might help you to sort out your worries and pick that lovely white dress that marks the beginning of a new life. 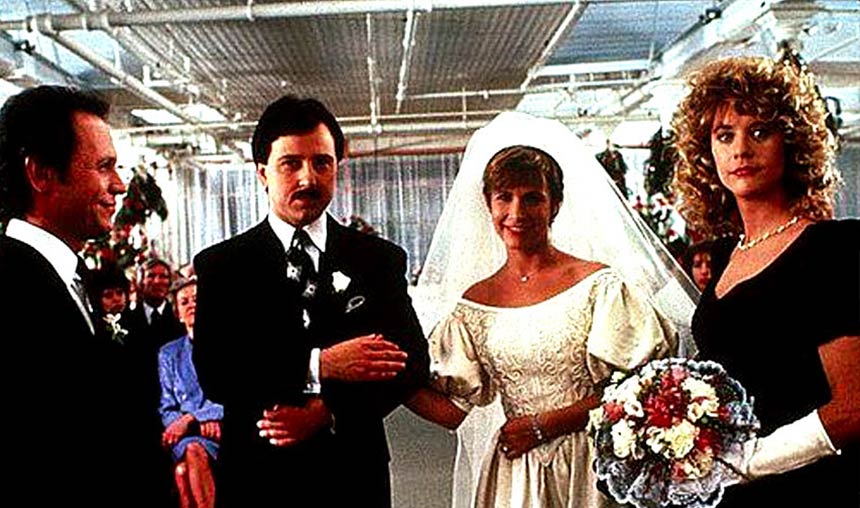 Simplicity at its best, puffy sleeves and off-shoulder cut with some intricate detail on the top was all that was required for this dress to be marked as one of a kind for its time. Sometimes, it’s all about the inner glow compared to the show!! 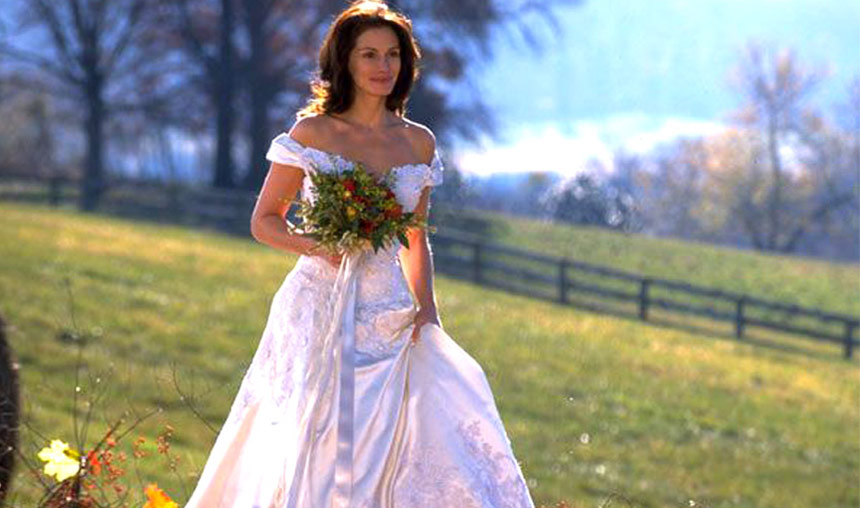 This off-shoulder cut gives a stylishly feminine look. Not having too much going on gives the bride an elegant and put-together feel for the occasion. 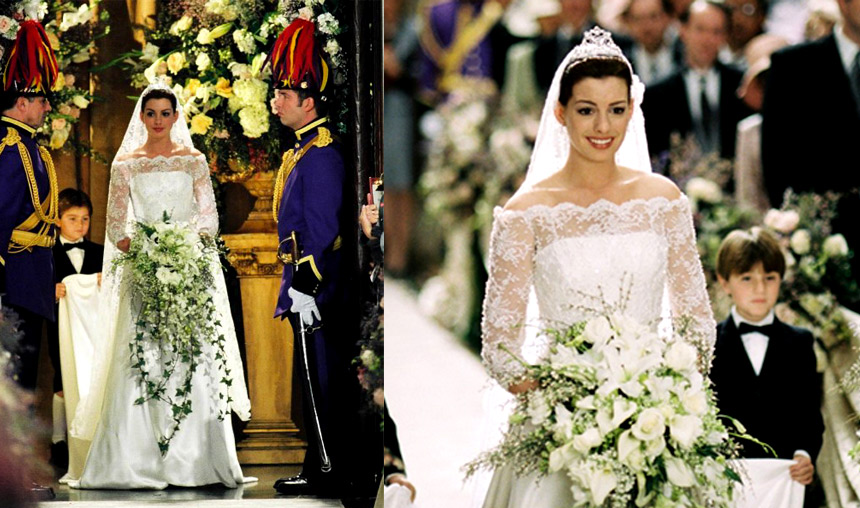 Net always strikes a chord with elegance. From Kate Middleton to Anne Hathaway, all the princesses know how to make heads turn!! 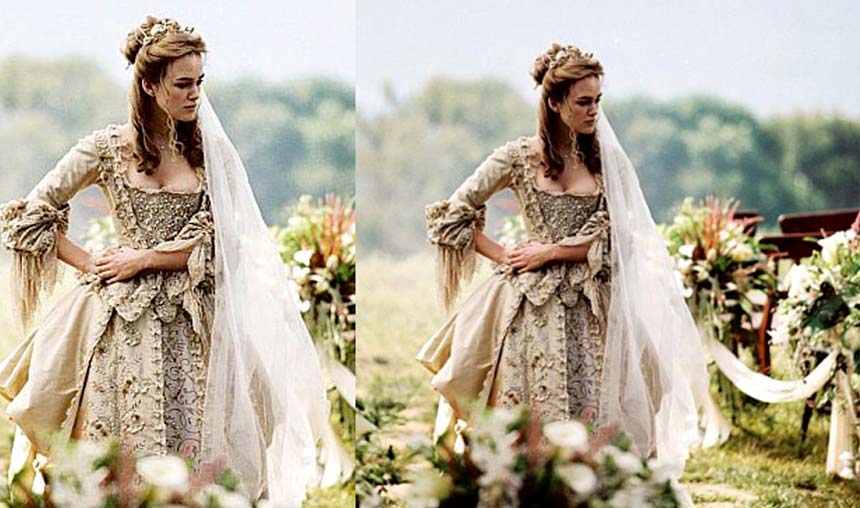 Elizabeth Swan’s wedding gown was quite the talk when images of her bridal look crashed the internet. It was a modern take on the older days which was refreshing to the eyes. The ivory silk mashed-up with layers of detailed floral work and volume gave her character the perfect look to tackle her opponents in style. 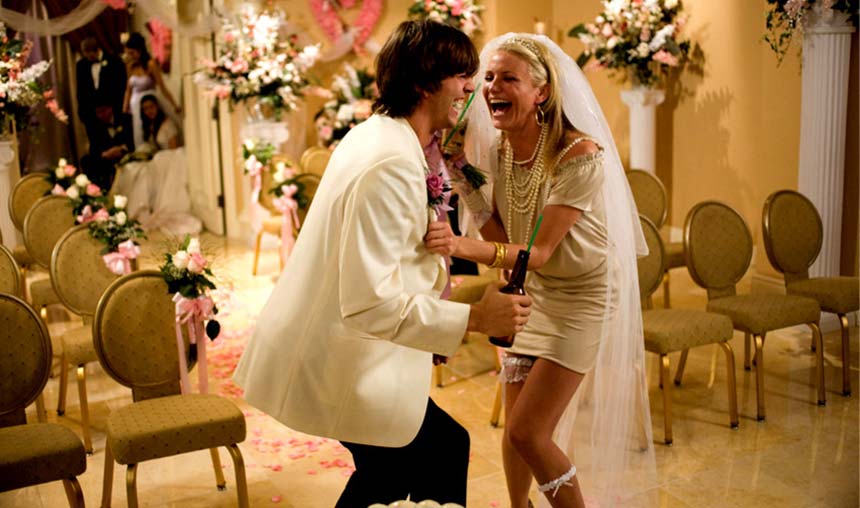 What Happens In Vegas

Breaking off from all the rules, here is a more sought after option. A casual silky jersey dress with layers of pearls to ignite the inner Audrey Hepburn, while rocking it off with some garter belts to give the husband a peek of all the goodness that’s to head his way. 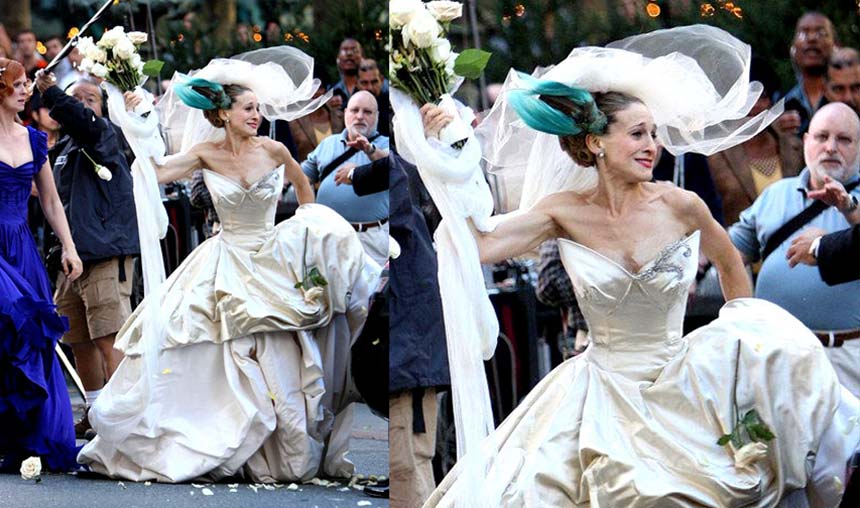 Sex And The City

No one does it grander than Carrie Bradshaw herself!! The hat and the amount of Oomph  in dress can give any leading lady a run for her money, after all, it is by the legendary Vivienne Westwood. 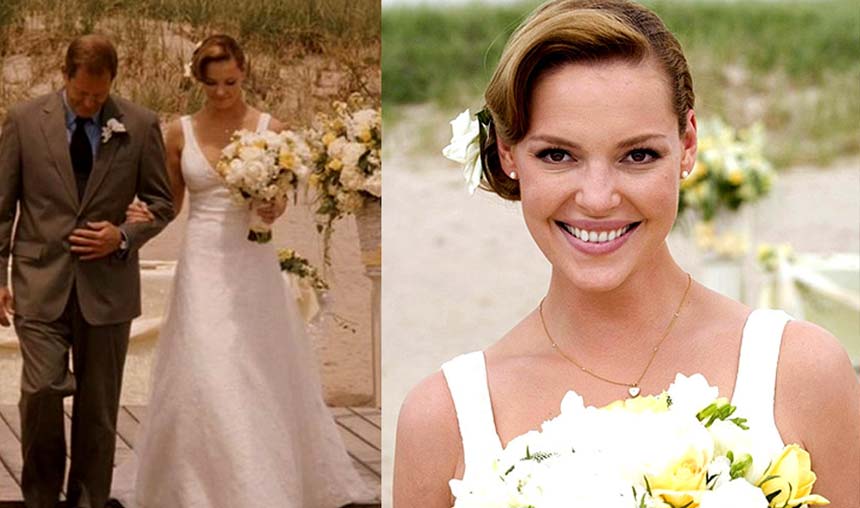 Modern day simplicity is what our experienced bridesmaid Jane opted for. Keeping it simple with almost nothing but her smile (the perfect accessory). 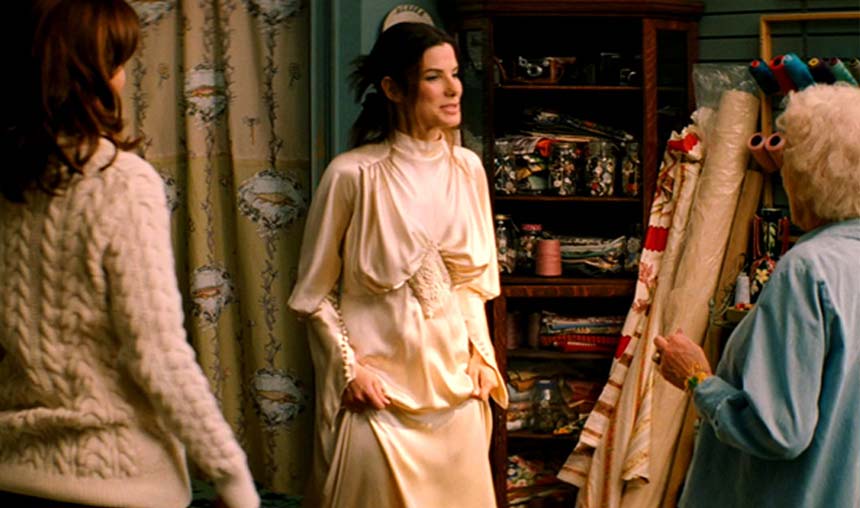 Well, this was one was a memory!! Margaret carrying nonna’s wedding dress was less of a sexual appeal but in fair light was 100% silk making the dress comfy and relatively pricey, if bought in the market today. Sweat-free vibes everybody!!! 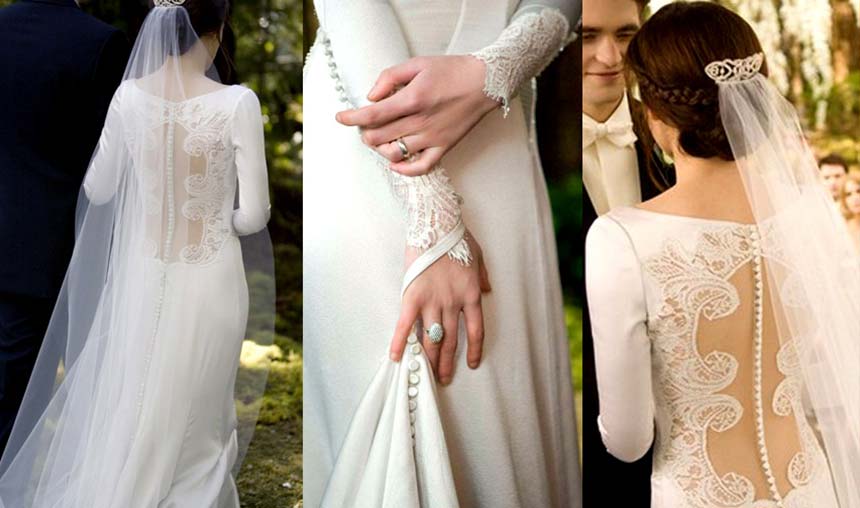 One of the most talked about elements of this movie was the above scene. Bella looking mesmerizing in a simple yet deeply crafted dress keeping the skin flawless (and adding a hint of princess) was what many teen girls raved when asked about the highlight of the movie. She definitely left Team Jacob and Edward behind!! 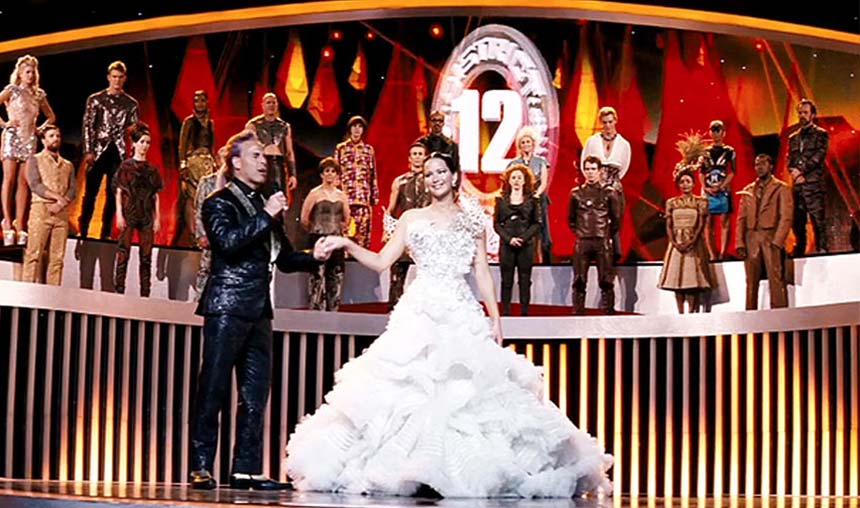 Talking about being a show-stopper?! Subtlety might not be one of Katniss’s finer traits. Showing up in a beautiful Swarovski crystals dress weighing 25 pounds definitely grabs attention till the farthest of ends.

Now, you have ample clues to make your wedding dress stand-out and charm your prince with style, and demure.