Internet Lies: Sachin Tendulkar's son is not picked over Pranav

Being a star kid has its own advantages and disadvantages.

On one hand, one become popular and gets all the attention, while on the other one’s achievements is mostly replaced by his pedigree.

Recently, this happened with none other than son of living legend and God of Cricket Sachin Tendulkar.

Tendulkar’s son Arjun recently faced it when social media posts stated that he was picked over Pranav Dhanwade in Indian Under-16 team.

It may be recalled that Dhanawade, son of an auto-rickshaw driver, smashed record books earlier this year. Batting for KC Gandhi School against Arya Gurukul in a Bhandari Cup match, he became the first batsman ever to score 1000 runs in an innings. 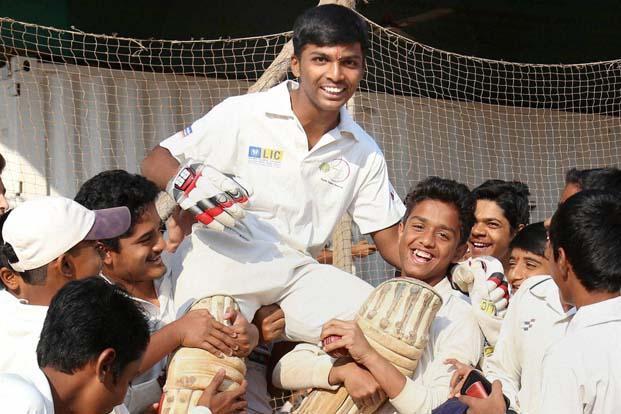 Social media was abuzz with the posts about the injustice happened to rickshaw-driver’s son and advantage given to Arjun, because he was Sachin’s son.

However, there’s more to the story than meets the eye.

While fans are unhappy with Pranav’s exclusion from the West Zone U-16 side, his father Prashant Dhanawade slammed the news making rounds about Arjun’s selection over his son.

“The news about Arjun Tendulkar and Pranav spread by media is false. Pranav’s name was not there in the MCA’s U-16 team for 2015-16 in which Arjun was included. For the zonal team, players from the MCA U-16 side are selected based on their performance. When Pranav was not in the U-16 side, there is no question of him getting selected for the zonal team,”  Pranav’s father Prashant Dhanawade told Dainik Bhaskar.

“Moreover, the West Zone U-16 team was already selected before Pranav played the record innings of 1,0009 runs,” he further added.

It is important to mention here that Pranav was 15 years old when he smashed the record innings, which means he was not eligible for the U-16 squad. He turned 16 on May 13 this year.

Besides, Dhanwade is a wicket-keeper batsman, Tendulkar junior is an all-rounder. That means they do not complete with each other directly.

One hopes that such misinformation does not affect the two kids in question and they are able to concentrate on the game.

This is a classic case of how one wrong detail turns into something big for no reason.