Prime Minister Narendra Modi has lately emerged as one of most influential leaders India has produced.

Arguably the most physically demonstrative Indian leaders in years, our Prime Minister loves translating a handshake into a deep embrace, a habit which has even earned him a pseudonym of a ‘serial hugger’

Be it US President Barack Obama or Facebook CEO Mark Zuckerberg, every world dignitary knows that our PM loves to ‘hug it out’, at times even at the cost of their awkwardness.

Experts say it could be a conscious effort to tell the world that we are on the same level or it may be an embrace exuberating the power of over 1 billion Indians.

Even as his critics argue that PM’s unending hugs are his way to hug headlines, the PM has made quite an impact with his tactful foreign diplomacy.

Here, we have compiled PM Modi’s famous embrace that may have left many world leaders feeling awkward. 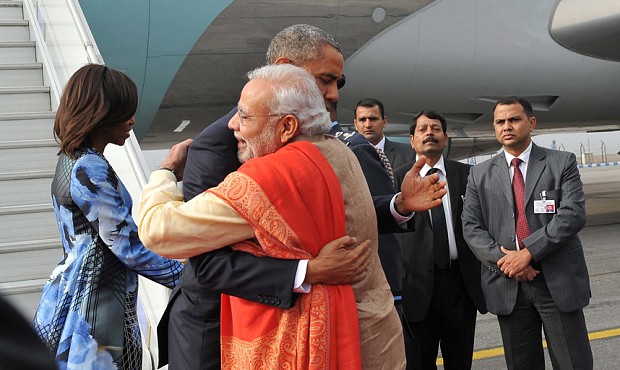 1) Barack Obama: Considered the mother of all hugs, PM Modi gave this humongous embrace to US president Barack Obama while receving him at the Indira Gandhi international airport in Delhi. As the Indian media went bonkers screaming ‘Modi/Obama hug’. The New York Times reported, “this was not expected” dubbing the development as a “quadrilateral security hug”. Remember how PM Modi demonstrated an unusual camaraderie during Obama’s first visit to India, especially when called US president with his first name ‘Barack’? 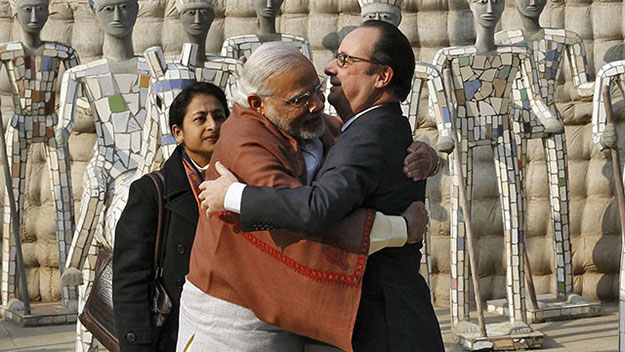 2) Francois Hollande: Well, PM Modi’s hug for – rather an attempt at it — French President at the Rock Garden in Chandigarh during his India visit is a chartbuster. It was as if our PM was trying to lock him in his arms. This hug was also termed as the most awkward hug to ever land on Twitter. Another picture with Modi behind the French president as he tried to step aside elicited huge response from Twitter trolls who paralleled it as their Titanic Moment. However, it came out later that PM was only telling Hollande to stand at an appropriate position for better photos. 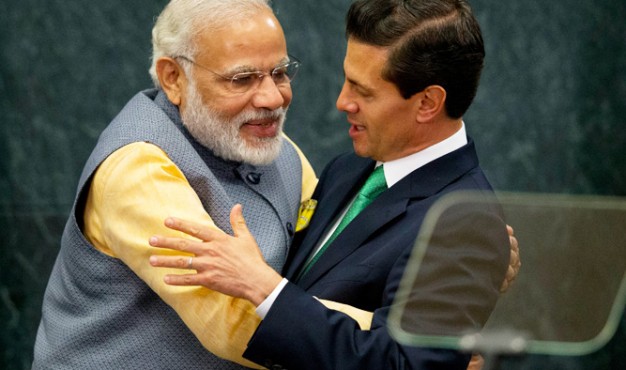 3) Enrique Peña Nieto: The Mexican President was visibly taken aback when our PM went for a handshake and then suddenly opened his arms to give the former a taste of the mighty Indian hug. Later, Nieto personally drove the Indian PM for a dinner date at a restaurant in Mexico city. 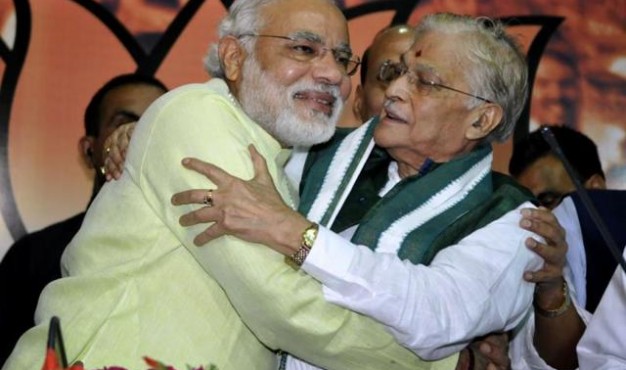 4) Murli Manohar Joshi: The bonhomie these two leaders share is a common knowledge. Joshi along with Advani have been elevated to the BJP’s Margdarshak Mandal. The move is also seen as a not-so-covert way of keeping both leaders out of BJP’s decision-making body. So that pretty well justifies this image. 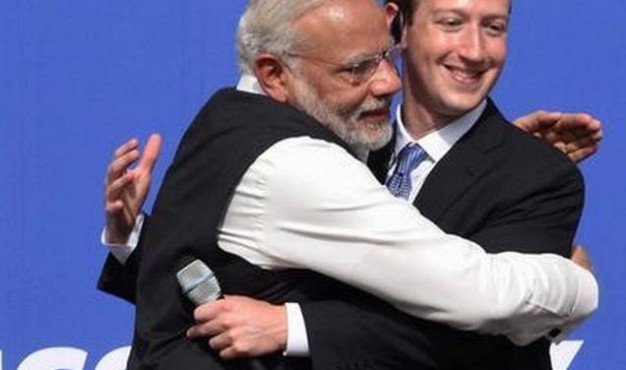 5) Mark Zuckerberg: The Facebook CEO got a taste of PM Modi’s love for the shutterbugs when he was pushed aside so that our PM could get into frame. However, it was Zuckerberg who went for an embrace during Modi’s visit to the Facebook headquarters in California. However, not one to allow somebody to take away what the PM has earned through his sincere efforts, he enveloped Zuckerberg with a massive hug leaving him with a grin on his face.