US President Donald Trump cannot stay away from the headlines for many days. Although he has left the UK for a summit with Vladimir Putin in Helsinki, he is ruling the buzz world for some other reason. At the summit when a journalist asked Trump about his views on Brexit, Mr. President’s answer left people confused if they should laugh about it or feel sad.

A video of Trump is making rounds on the Internet about Brexit when he was at the NATO summit. When asked, Trump told the audience about his properties in Britain and that his mother was Scottish and how he won Wisconsin, rather than talking about the much in talk issue. To be safe on his side, Trump also mentioned that British people “voted to break it up, so I imagine that’s what they’ll do but maybe they’re taking a different route – I don’t know if that is what they voted for”.

Trump has been in the news lately for his decisions related to immigration and at the summit, he talked about it as well. Underlining immigration as a cause for Brexit, he said, “I think they agree with me on immigration… You see what’s going on throughout the world with immigration… I think that’s why Brexit happened.”

His comments have left netizens angry. Many have even called him ‘narcissist’. Another Facebook user said, ‘He has no idea what Brexit is. That is so funny.’ 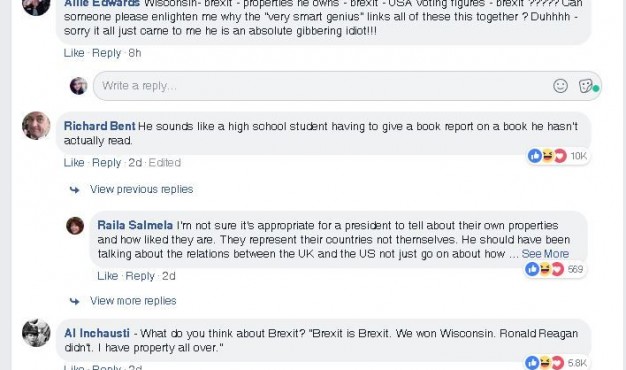 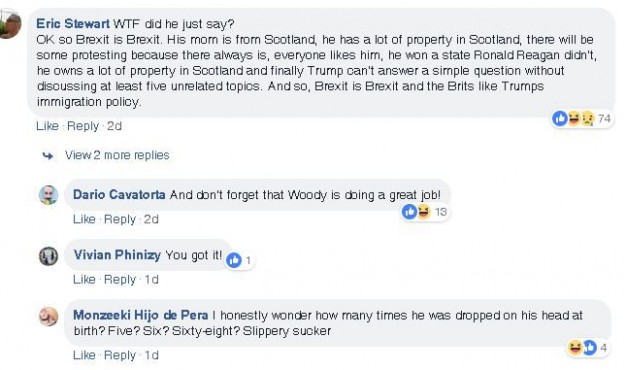