For people who want to skip the queues outside ATMs and bank branches to get the new Rs 2,000 currency notes, here is a bizarre solution.

According to a Times of India report, on Wednesday, new Rs 2,000 notes were being sold on eBay India at a hefty premium, starting from Rs 3,500, which could be paid by credit card or online transfer.

Furthermore, for those who want notes with serial numbers having religious connotations, they need to pay a much higher amount. For instance, five Rs 2,000 starting with the number 786, were being offered by a seller on the online marketplace for Rs 1.51 lakh. 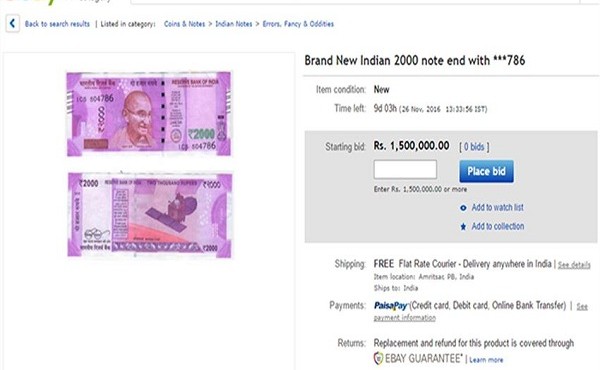 “In India, people are ready to pay a premium for goods that sport numbers with religious significance such as vehicle number plates, mobile numbers or even residential addresses,” a Delhi-based astrologer was quoted by Times of India as saying.

When inquired about the listing of the currency on the marketplace, company’s spokesperson said that being an independent online marketplace and an intermediary, it does not exercise control on items listed by independent sellers on the site.

He also claimed that there was no successful transaction for the new Rs 2,000 currency notes and that the company was disabling access to the notified listings to avoid any sort of legal hassle. 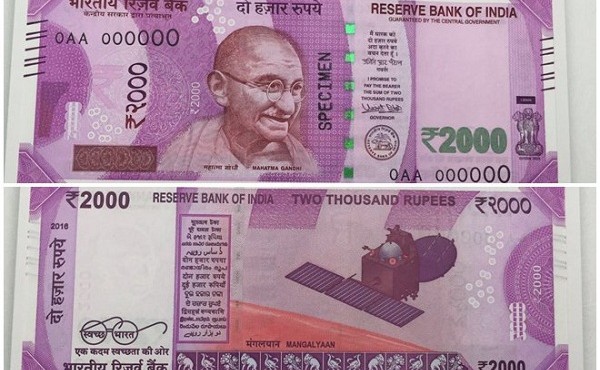 Following government’s surprise move to demonetise 500, 1000-rupee notes, people across the country are facing scarcity of cash and are thronging in thousands at ATMs and bank branches.