Its really a bizarre thing! Japanese parents have been sharing on social media the photos of their babies comparing their chubby arms to doughy bread loaf.

Number of parents took pictures of their children’s arms alongside sticks of pull-apart bread. 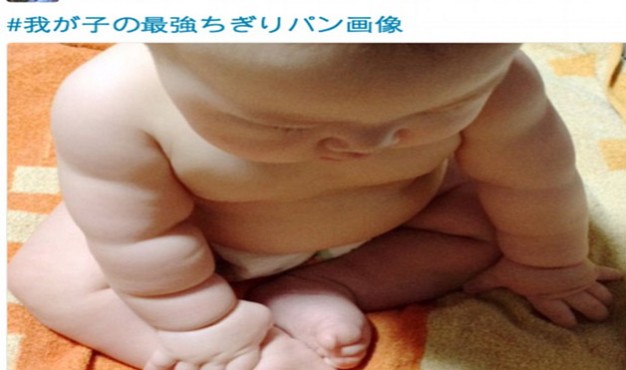 The unusual contest was inspired by the “pull-apart bread” that’s sold in Japan’s 7-Eleven stores.
“I created a tag and hope everyone else will take a look at it,” tweeted one proud parent. “Am I the only one who feels that this will become the greatest tag?”

With the hashtag #Mybabysgotthebestbreadphoto, Japanese parents have been tweeting snaps of their babies’ chubby arms next to bread rolls since last week.

User Sachi Kirishima shared a picture of their baby surrounded by not one but two sticks of bread in diferent colours, while another parent wrote: ‘I couldn’t resist posting this photo that I took last year!’ alongside a picture of a loaf of wrapped bread and their baby’s arm.

Noriko Niizuma posted a snap of her three-month-old son, while Jun wrote: ‘This is the best hashtag ever.’ One user, known only as Black Cat, wrote: ‘Am I the only one who thinks this will become the best hashtag?’ 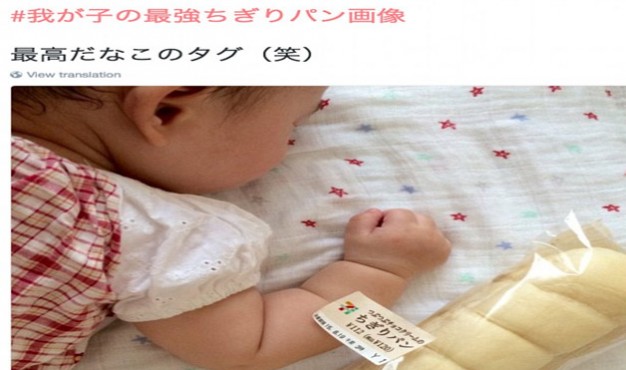 It was really cute to see hundreds of snaps featuring plump baby arms lined up alongside little lumps of dough bread and clearly many parents agreed to it.