Rakhi Sawant simply loves to be in the limelight and she has managed to do it again with her antics. She just proved why she has been touted as the controversy queen of Bollywood.

So, Rakhi was attending an Independence Day party at Chicago, USA recently. But more than the function what caught the eyeballs was her black dress that had PM Narendra Modi’s pictures plastered all over.

There were tiny head shots of the PM on the dress. But the worst part about it was PM Modi’s figure strategically placed so that his hands reach out to her bust and another image on her butt with PM apparently giving thumbs-up to her booty. 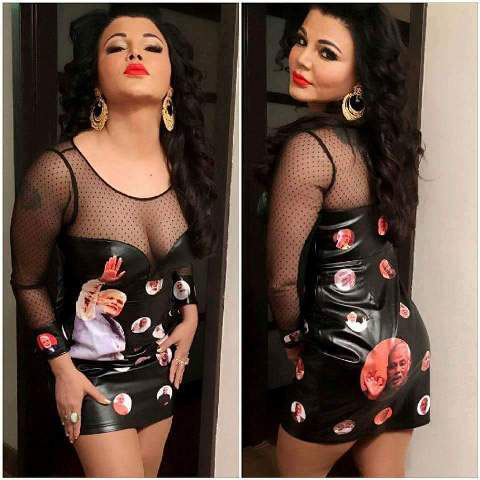 As soon as the pictures surfaced, it created sensation on the Internet. Many people ridiculed her for such a poor choice while others laugh it off.

However, Rakhi seems to be unfazed with this. In an interview to Firstpost from Chicago, Rakhi said that she has worn the dress out of love for the Prime Minister and that the people should concentrate on important issues not her dress.

“I have got this dress made from all my heart and love for our dear prime minister. He is the best PM and I am representing him in the US. I just want to tell people: ‘Don’t waste your time creating controversies over my dress, instead take care of your family. There are more serious issues in India that needs to be dealt with, like rape of little girls, farmers committing suicide…So live and let live and don’t waste your time on my dress. Love you guys.’ The dress has been designed by a new designer called Sayki.”

The lady said she wanted to impress the PM and BJP with the act.

“I wore this dress so that I can impress BJP, especially Narendra Modi ji and Amit Shah. I love them both, she further added. 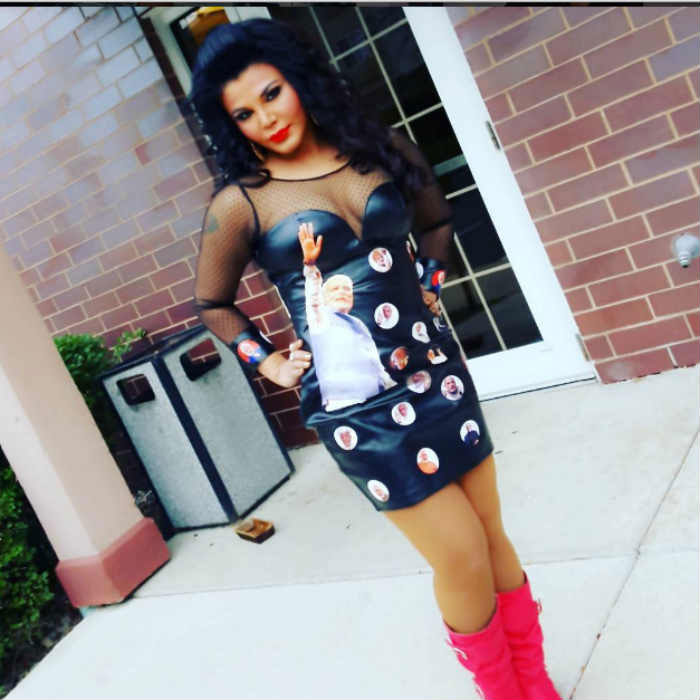 Rakhi, in the interview, also mentioned that she has get the dress approved from BJP and PM Modi.  She said that she doesn’t fear controversies or being attacked for this act.

Rakhi is now planning to auction this Internet breaking dress for poor children. She has even invited bids for the dress.

“I will auction this dress for poor children, who live in orphanages and also those suffering from cancer. If anybody wants to bid for it, then they can go ahead and do so. I am the true daughter of India, that is why I am promoting India and Modiji,” said Rakhi in the interview.

What do you think about her act? Is it a mere publicity stunt or something else?