'Why Have The Gods Condemned Me To A Life Like This?' | SoPosted.com

While life for a lot of teenagers may be about going to school, making new friends, it is not the case with 16-year old Mithun Chauhan.

A rare genetic condition has resulted in his body being covered by large swollen lumps that has made life a living hell for him. 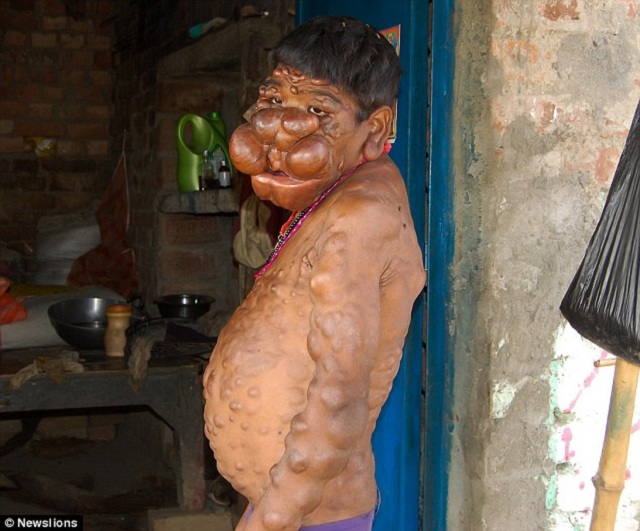 He can’t go to school or step out of his house over fears of him scaring people. Mithun feels he is cursed as his appearance has led to his friends abandoning him.

“Why have the gods condemned me to a life like this? It is because of the way I look that my friends have abandoned me. Now nobody wants to play with me,” the boy told DailyMail.

However, what makes his story even more tragic is the fact that his condition was no curse but the alleged doing of a doctor. 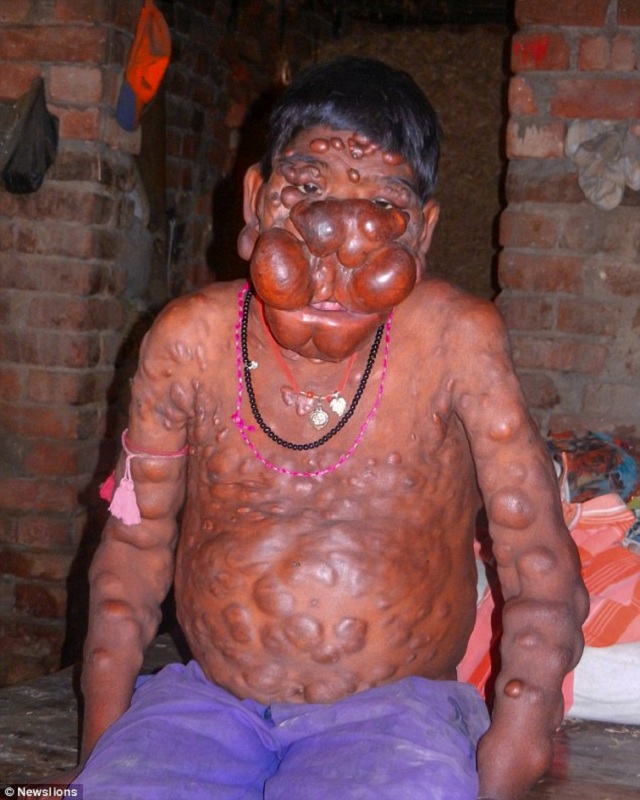 His family claims that their son’s condition is the result of a wrong medicine prescribed by the doctor when he was all but 5 years old. “After taking the medicine, Mithun’s face started swelling. His entire body turned red like copper,” said his father Ramji Chauhan.

The locals and his family prayed to God everyday and believed that their kid’s condition is the result of a curse until they saw Dr. Ashwani Dash who told them about a rare genetic disorder, neurofibroma, that Mithun is suffering from.

There is no known cure for the most severe form of the disease, which afflicts around one in 33,000 people, but Indian doctors believe Mithun can be cured. 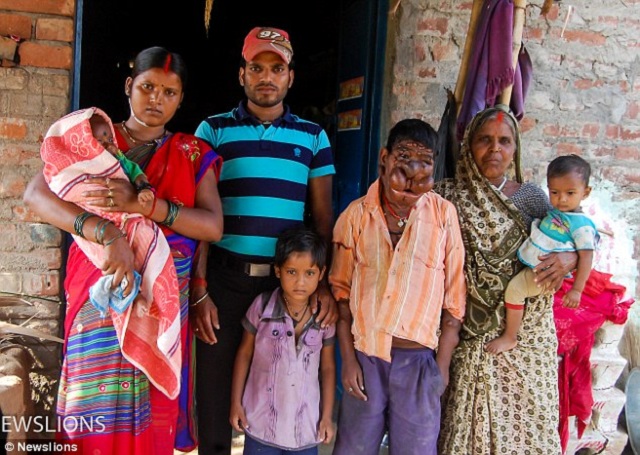 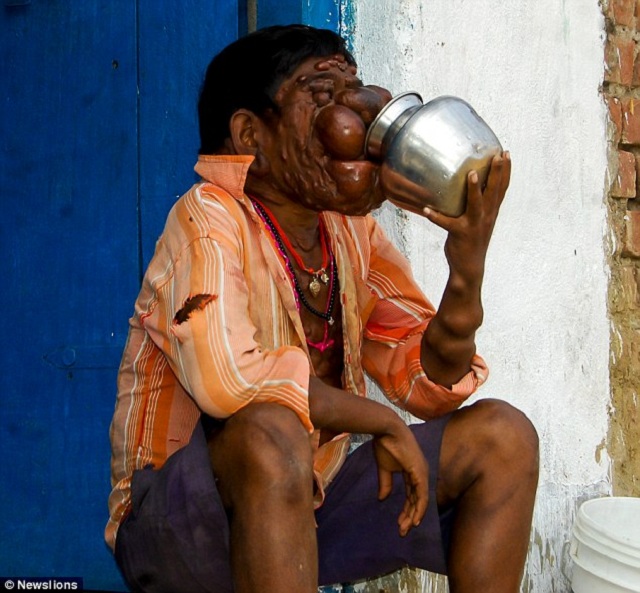 ‘It only warrants surgery if obstruction of eye, mouth nose or natural orifices obstruction is there,’ Dr Dash told MailOnline.

One medical expert, who did not want to be named, said Mithun’s illness is treatable. He said: ‘The operation, which would be done in phases, would cost at least Rs 3,00,000 (£3,500).’ Doctors have told Ramji to take his son to more advanced facilities in Delhi or Mumbai but he barely earns enough to feed his family.

His heartbroken father added: “The condition has robbed him of his childhood already.”

All images sourced from DailyMail