India has an explosion of talented, and innovative people who make it a wonderful country. While some can create wonderful artwork, others are famous for their odd stunts.

Today we tell you a story about a man who has defeated science. That’s right! He has beaten all laws of science or logic, and even doctors are baffled. 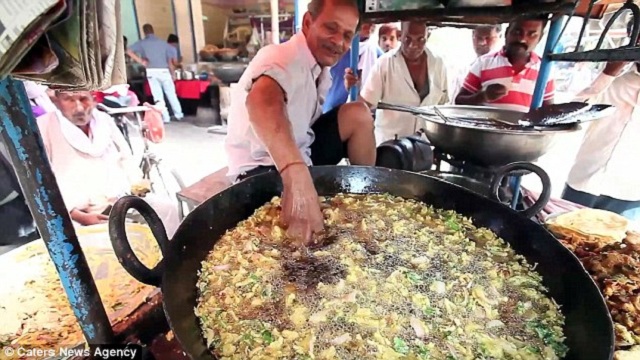 You will be astounded to know about the street chef who has been gifted with magical hands! He dips his hands directly in the piping hot oil to fry pakoras. The amazing thing is – he does not even suffer any burns or injury. The man, known as Ram Babu, has been doing this for the last 40 years and has never suffered any injury. 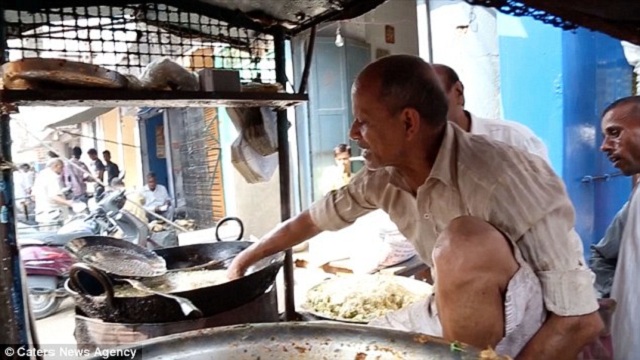 This 60-year-old man who has been selling snacks on the road side of Allahabad all his life says that people from all across the country come to see him perform this astounding feat. It is a work of miracle that he can easily dip his hands in the oil which has a scathing temperature of 200 degree Celsius. Most people suffer a severe burn with just a drop of hot oil. 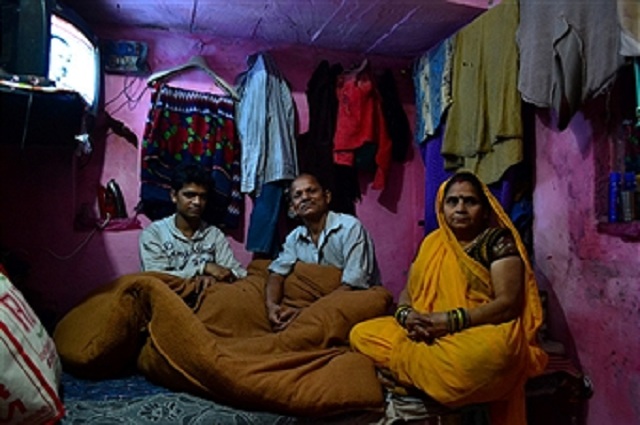 When Babu was just 20 years old, he had started his aloo and eggplant pakora shop. He never thought that his customer base would increase to such a level that he will have to give up the usage of spoon altogether – in order to save time.

Ever since then, he has never lifted any spoon and apparatus and directly works with his hands. 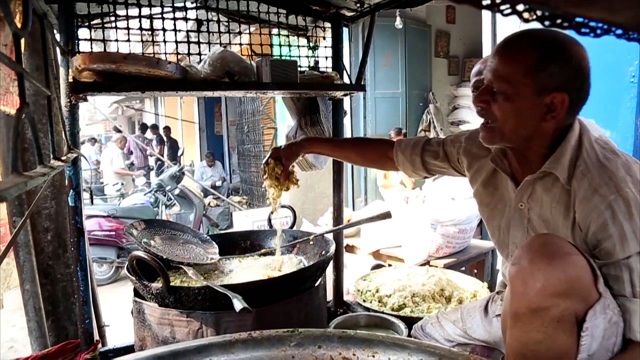 He recalls the first time when he had accidentally dipped his hands. That day, he had too many customers at the shop and he had no extra help. Out of panic, he had dipped his hands into the oil to take out the fries. He immediately took his hand out since he thought he might be injured. To his surprise, there was no blister or burn mark. Babu says it is as easy for him as dipping hands in water.

This fascinating story has even left doctors baffled. I guess some things simply can’t be explained. Kudos to this man for achieving such a remarkable feat!