A Chinese man from Sichuan province – known for its spicy food – ‘struck gold’ after eating 47 chillies in two minutes in a competition, as per reports.

According to the South China Morning Post, the Chengdu man beat other nine contestants from around the country to claim the first prize – a life-sized chilli made of solid gold.

The competition held on Saturday in Lijiang in Yunnan province, was all about putting taste buds, stomach lining and intestines to the test.

The event was organised by the Songcheng tourist theme park.

All nine contestants who joined the match were asked to eat as many peppers as they can while sitting in a giant tub filled with the hot red chilli peppers. They were fed by women dressed in traditional costumes during the event.

A number of participants could be seen crying at the event, partly due to the hot chillies and partly after spicy water got into their eyes, the report said. 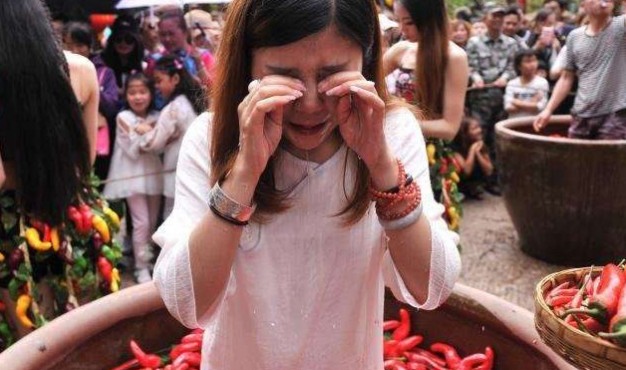 This competition also sparked a heated discussion on mainland social media websites with many internet users unhappy with the event and ended up criticising it.

“The organiser is inhuman, and the participants are victims of their own greed,” a commentator wrote on the news porta; Qq.com.