Bollywood is a glitzy place to be. There are times when the tinsel town has bewitched us with its astonishing prowess, but there have also been times when we were embarrassed beyond our capacities due to some stints. Magazine covers too aren’t oblivious to it. Right from the inception of these tabloids, film stars have been gracing the covers and giving us juicy cover stories.

Therefore we just thought of bringing some such covers through the years to you, that left us red-faced. Bold and brash though they were, but there was no denying the fact that they went a little too ahead of the times. We wonder what the Editors were thinking.

Without further ado, let us take a look at some such controversial magazine covers in Bollywood.

This 1993 edition of the elite magazine of Bollywood, Stardust, saw the sizzling avatar of the new hot starlet, Mamta Kulkarni. Mamta went topless for the cover, goggling out many eyes.. 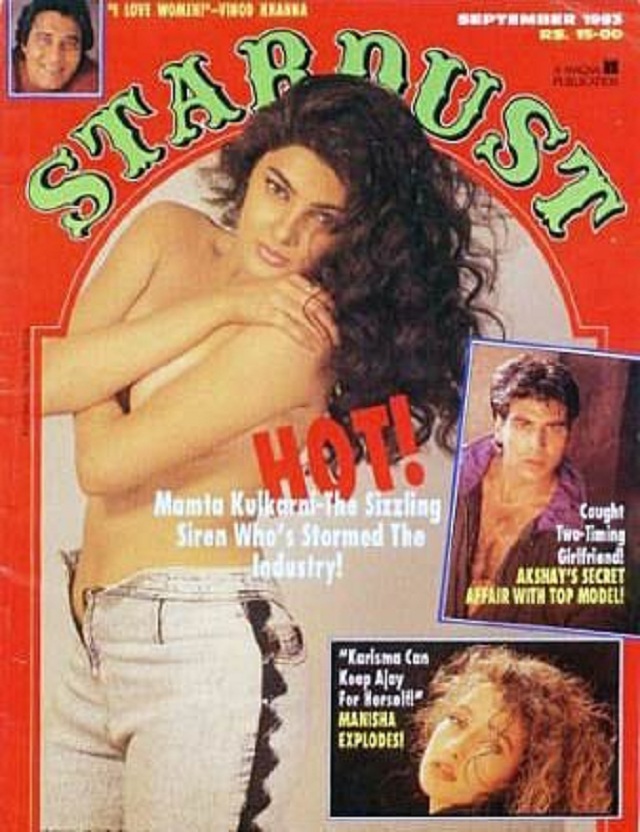 This cover picture featuring MandiraBedi in a bikini avatar faced much flak from the Sikh community mainly for the tattoo around her naval, which is a Sikh religious symbol. 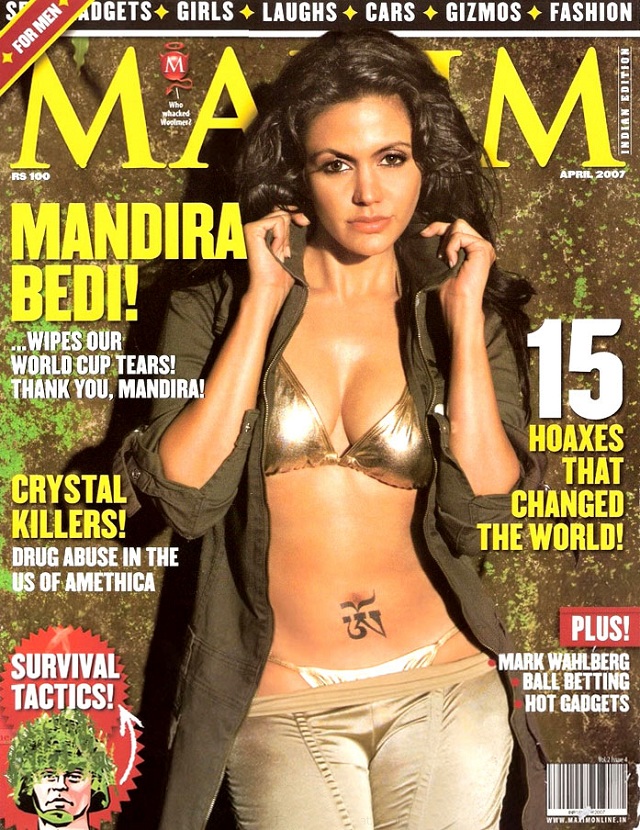 Not too successful but nevertheless a hot entry of the times in Bollywood, Veena was an import from the neighboring city of Pakistan. Veena went nude for this cover and the photoshoot inside, making a real bold move which was opposed much in her home country. 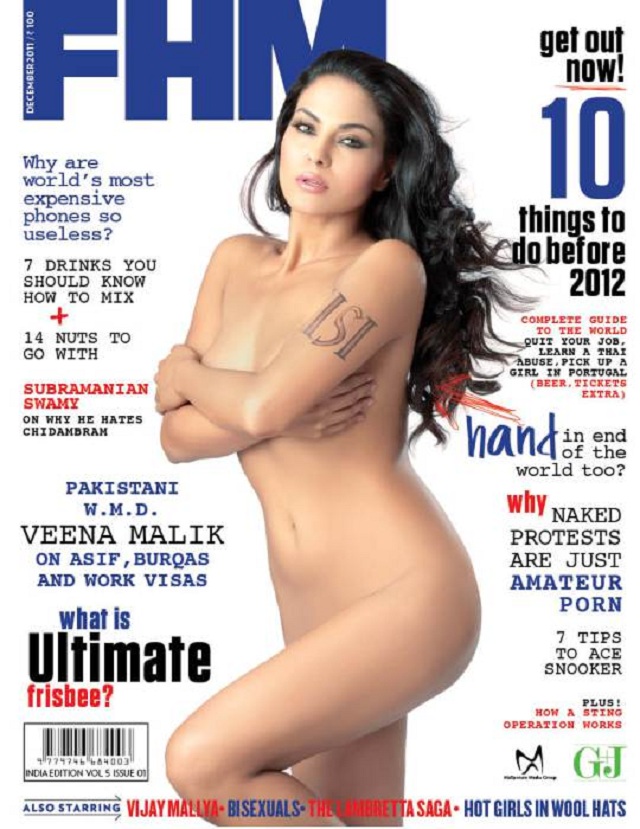 Well, Mahesh Bhatt has always been known to have been much ahead of his times. Well, the man had the guts to openly accept his affection and affair for another woman while still being in a marriage, so what else can be said. This cover which featured Madhuri Dixit, took all the attention away from her, as there were Mahesh and Pooja Bhatt, father and daughter, having a lip to lip kiss, which can make anyone uncomfortable. 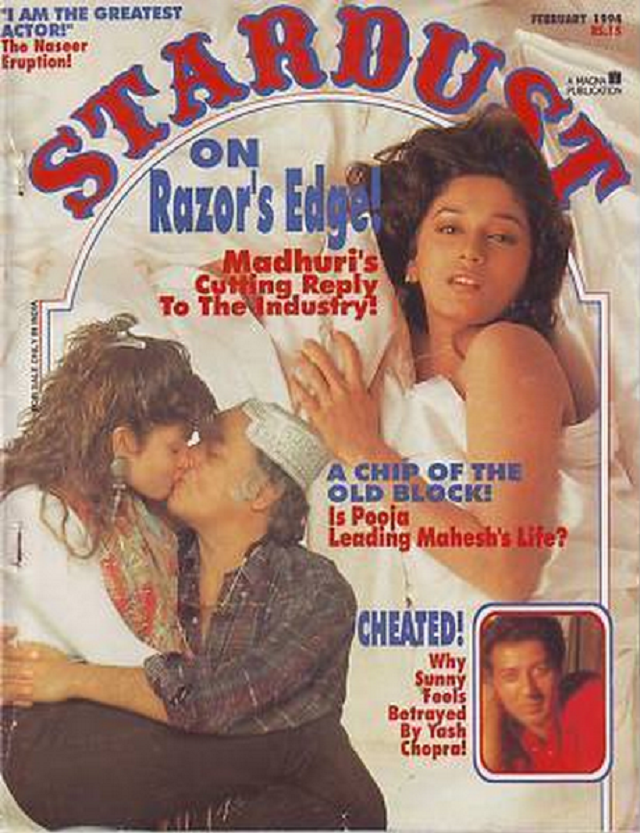 She was the ultimate diva in Bollywood who dared to go bold in an era when no one thought of women beyond sarees and burqas. The royal daughter of the elite Tagore family of West Bengal shed the covers and went for the first bikini magazine cover. The picture created so much ruckus that it roused a heated debate in even the parliament session of that time. 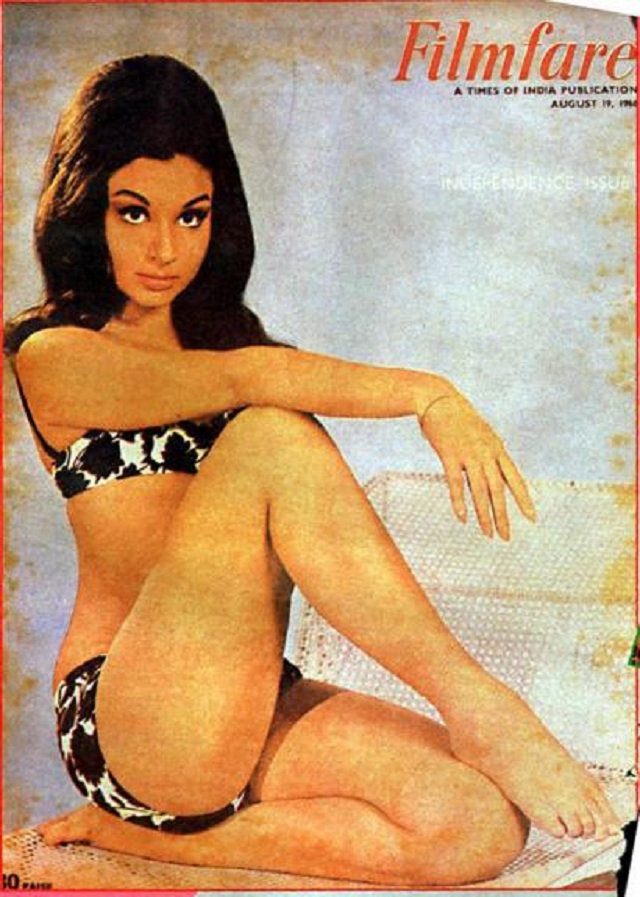 As we said, the Bhatts had always been tad ahead of their times. Before the lip-locking with her father cover in the year 1994, Pooja had already created a controversy by featuring on a cover, just with body paint on. 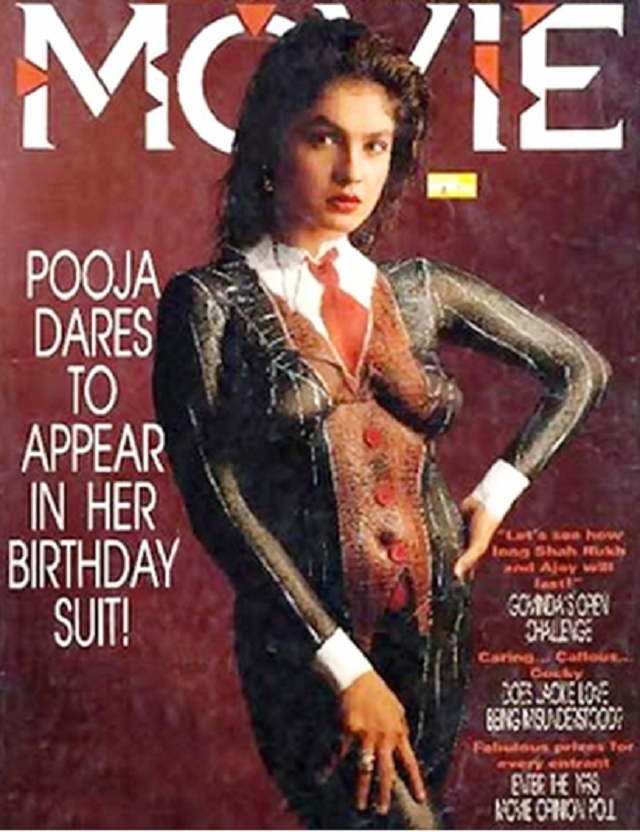 Well, umm, sharing the same sweater? It certainly did not look hot and made many people uncomfortable. 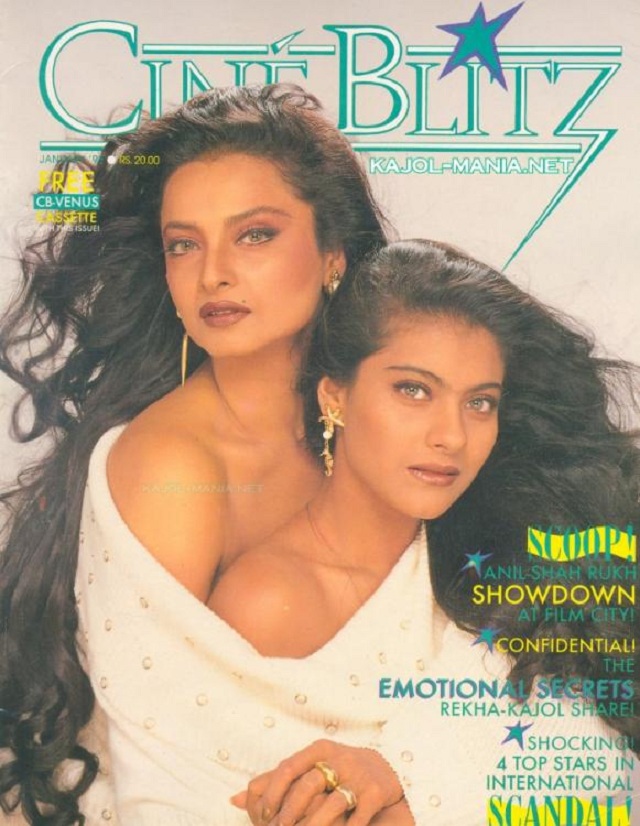 This cover too was quite controversial for the times as it saw actress Rekha going nude for it. It certainly raised many eyebrows. 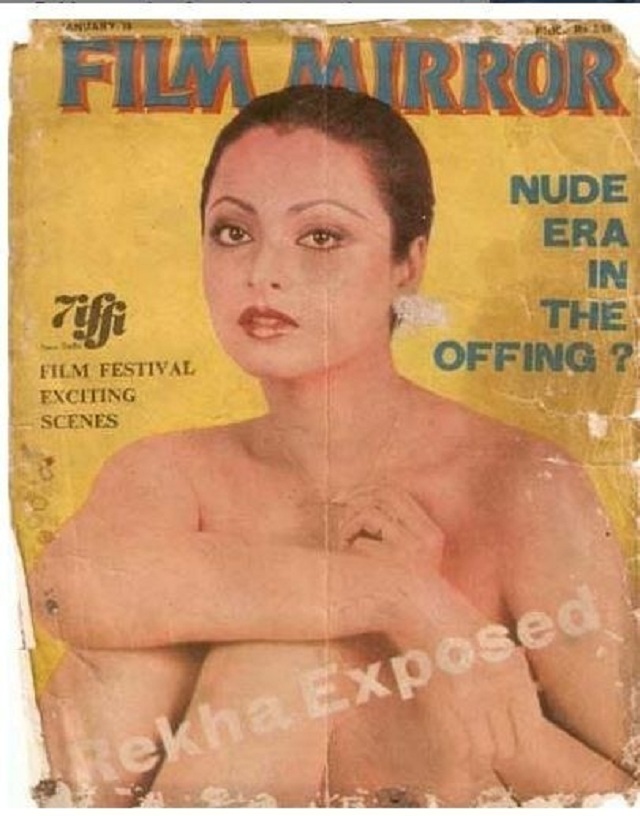 Well, didn’t those heat the temperatures a wee bit?