How Internet is spoiling reputation of 1st PM Jawaharlal Nehru

When we remember the first Prime minister of India Pt. Jawaharlal Nehru image of clam smiling face wearing a Gandhi topi and a rose carefully put in a button hole of a dark colour bandgala emerges.

Actually, this is how most of the Indians who are in their late 20s or above recalls their “Chacha Nehru”.

The next generation, most of them who believe every search results that Google throws and messages circulating on Social media platforms are true, may not know the Nehru as a generation before them.

Thanks to the hate campaign on internet and social media against the first PM of India.

He is reputation on internet is slowly and gradually being spoiled by many right wing people.

There are numerous wild stories going on in the virtual world about Nehru, which has no relevance to the real life of the first PM.

From his hand in India’s partition to killing of Gandhi to affair with British mistresses; have become matter of discussion on new age communication and information medium.

Notably, Nehru is on the top of hate list of right wing and crackpot stories about him have circulated for decades.

Besides, JLN is slowly being scrubbed out from the textbooks.

To establish him as a philanderer, there is a patchwork of images of Nehru at innocuous moments, with Jacqueline Kennedy, Mrinalini Sarabhai, or lighting up a cigarette for Mrs. Simon.

Here’s a look into the virtual world of Nehru vilification. 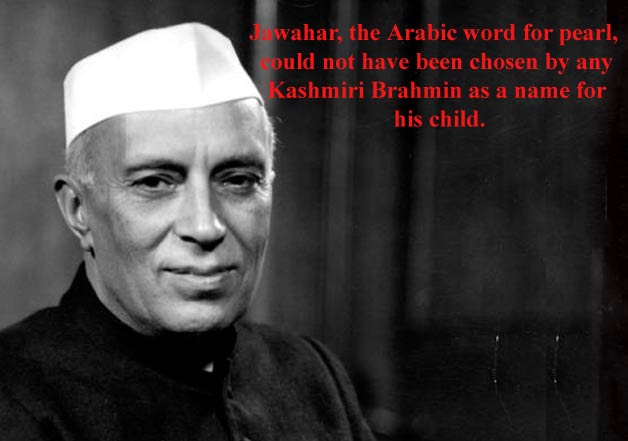 Jawahar, the Arabic word for pearl, could not have been chosen by any Kashmiri Brahmin as a name for his child. 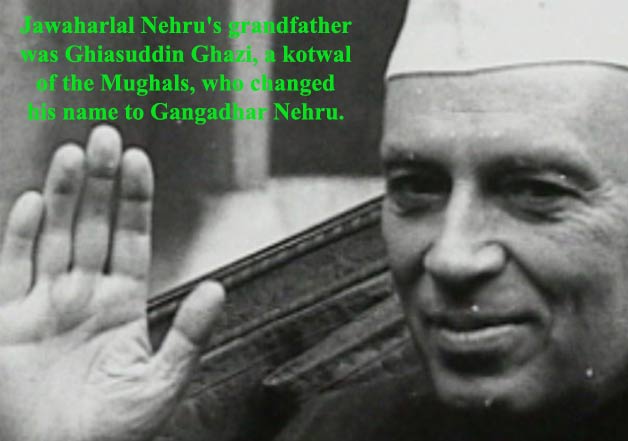 Jawaharlal Nehru’s grandfather was Ghiasuddin Ghazi, a kotwal of the Mughals, who changed his name to Gangadhar Nehru. 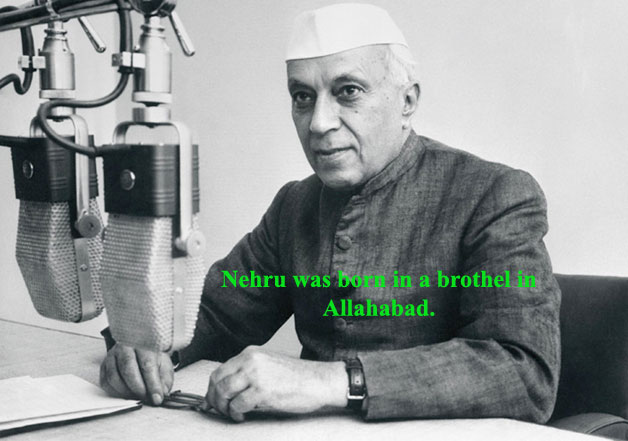 Nehru was born in a brothel in Allahabad. 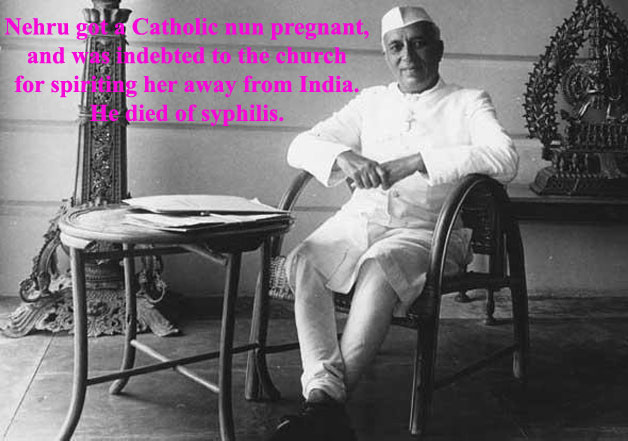 Nehru got a Catholic nun pregnant, and was indebted to the church for spiriting her away from India. He died of syphilis. 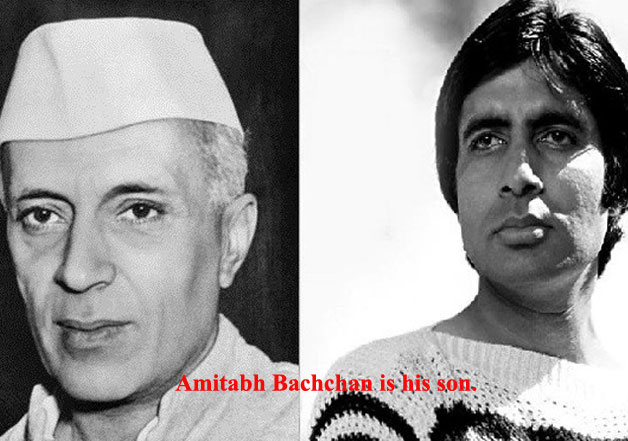 Amitabh Bachchan is his son.

This is particularly problematic because for many people now, reality is what they can find through Google.