Vidya Balan, one of the beautiful and talented actors of Bollywood film industry, was born on January 1, 1982. She is from Tamil Iyer community. Her native place is Palghat, a place near the border of Tamilnadu and Kerala. Her father is PR Balan, vice president of ETC channel. Her mother is a house wife. Vidya has an older sister, priya balan. Although her native place is Palghat (formerly known as Palakkad), she grew up in mumbai. She had her schooling from St.Anthony’s Girls High School. Later she attended St. Xavier’s College, Mumbai, where she got her graduation in sociology. She later attended Mumbai university for her MA.

Vidya started her career as a model in 1998 with a Surf Excel advertisement. Before she entered film industry, she modeled for more than 25 brands. It was when she was doing her MA at Mumbai university that she was offered a spot opposite Malayali superstar Mohanlal. But much to her disappointment the film was left mid-way. Later she acted in two serials and some music videos. The tv serials are Ashok Pandit’s Hanste Khelte and Ektaa Kapoor’s Hum Paanch, and the music videos she worked in are of Euphoria, Shubha Mudgal, and Pankaj Udhas. She finally made her film debut with the Bengali film Bhalo Theko. She won the Best Actress Anand Lok Puraskar award for her performance in the film. In the same year she made her Bollywood debut with the film Parineeta. It was a good success at the box office and she became the most-talked about the actress in Bollywood. The success of that film put her in a position where she can choose the projects of her interest from many top bollywood banners. Her next film was Lage Raho Munna Bhai opponent Sanjay Dutt, in which she played radio jockey role called Jhanvi. The movie was a sequel to the film Munna Bhai MBBS and turned out to be a huge hit at the box office much like its first part. Later Vidya played a supporting role in Mani Ratnam’s Guru, a woman with a physical disability. Her most recent movie is Salaam E Ishq: A Tribute to Love, a muiti atarrer film, in which she acted opposite John Abraham. The film started with slow reviews but soon gained momentum and it has become a successful movie. She might have acted in a small number of films up till now but she has earned more reputation compared to her Bollywood career. Two of her films are currently under production and more than five films have been announced with her playing lead roles. So far she got a reasonable number of awards compared to the number of films she acted in, including Filmfare Best Debut award in female category as well as some of the top channel awards for newcomers. 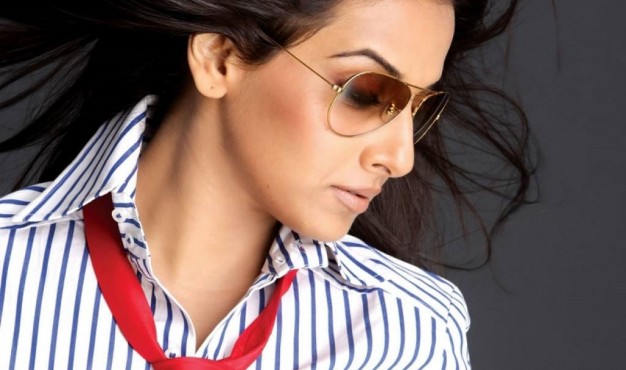 Unlike many other actresses who expose their body to attract audience and to get offers, Vidya Balan always believed that it is hard work, dedication and good performance that fetch the offers rather than exposing your body. She has always chosen the roles where there is a scope for showing your talent. That is the reason she has already reached the top position where you can get respect as well as recognition. She has got her own morals and values both in life as well as in her Bollywood career. Even though she has not had any romantic relations with anyone, after the film “Salaam E Ishq: A Tribute to Love” some how the rumor got out that she has developed some relation with John Abraham, who she acted with in that film. However, when she heard those rumors, she denied any such kind of relations.

Vidya is one of those who give more importance to performance and hard work rather than skin showing short-cut to achieve fame. She has always acted with dignity without any vulgarity. With this kind of attitude she is sure to become the most reputed actress in Bollywood.