A visit in a government hospital’s burns ward changed a 23-year-old fashion student’s outlook in life, for the good.

Till a few years ago, Ria Sharma was a regular fashion student who was all set to soon delve into the fashion world and make it big there. But, somehow, Ria could not connect with what she was pursuing. She never felt the passion or inspiration in it.

And so, she decided to take a chance with films.

While shooting a documentary about acid attack survivors, she visited a burns ward in a government hospital.

There was so much misery and pain all around that it made Ria feel overwhelmed. She had never witnessed this in her life before.  What moved her the most was the fact that there were far too many who had fallen through the cracks.

At that moment, something stuck Ria. She gave herself two choices, either get back to her own comfortable life or help someone else to have all the comforts in life. And thankfully, she chose to do the latter.

Having talked to the acid attack survivors and heard their stories, Ria found the inspiration that she needed. And at the same time, she also felt that a there’s lot that can be done for these silent sufferers.

Recently, she also launched the country’s first rehabilitation centre for the victims and shared a video on their Facebook page.

The Facebook page describes it as “Make Love Not Scars is a unique youth initiative to rehabilitate survivors of acid attacks and other forms of gender-based violence and discrimination and facilitate their integration with society.” (sic)

Founder Ria Sharma had the honour of meeting with her royal highnesses, Prince William, the duke of Cambridge and the duchess of Cambridge, Kate Middleton at the Queens 90th birthday party in Delhi. They discussed the issue of acid attacks, frequency and why they happen. 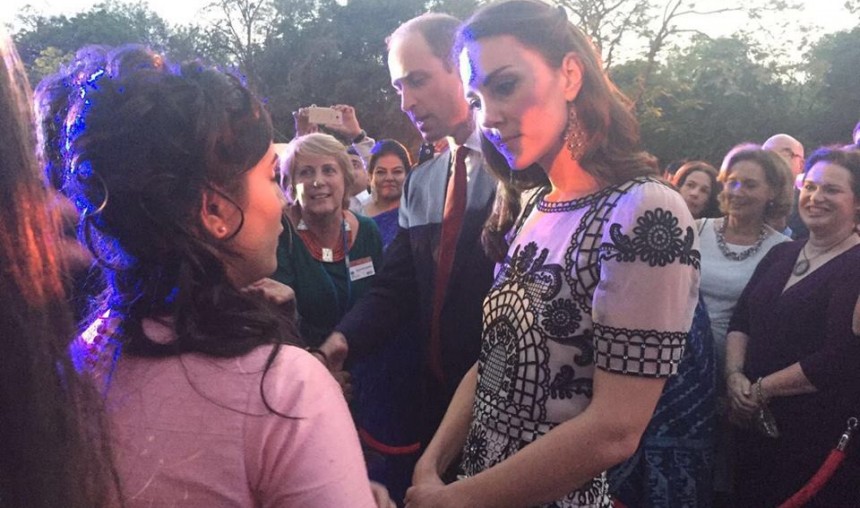 So far, according to their website, MLNS have helped 35 survivors.

MLNS strongly supports the rehabilitation of survivors of such attacks and other forms of gender-based violence (including burning and rape) through need-based training and assistance for stable employment. (sic)

The team wishes to actively work with the government and non-government organisations, the media and other social institutions to campaign against acid attacks and other forms of gender-based violence to help bring a “new normal” in society, where such acts are seen as archaic and condemnable. (sic)