Shropshire: In a show of bizarre revenge, a furious husband has offered all belongings of his wife for sale on eBay.

The anonymous mocked lover, who goes by the name Calibristeve online, listed all his wife’s possessions including her shoes, piles of clothing, and even a convertible smart car on the site describing the collection as a “complete job lot of possessions belonging to my cheating w***e of an ex-wife. I really do not care”. 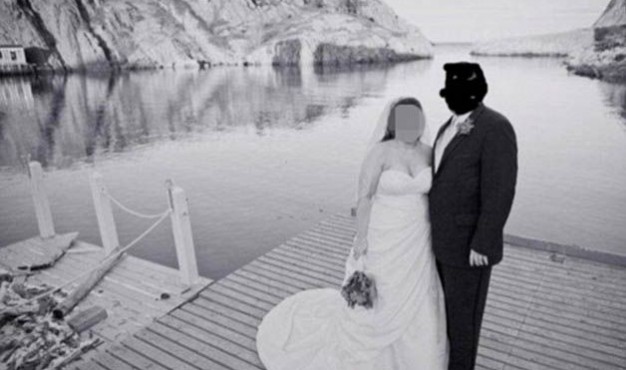 He stated that his wife ran away with a personal trainer who “looks like Beppe from Eastenders”.

EBay took the clothing listing off because there was some swearing in the listing. However, it swept a fair amount of £185 (approx. Rs 18,000) before it was put down.

The seller first put her Smart Roadster on the online site, which he described as a ‘piece of excrement’. 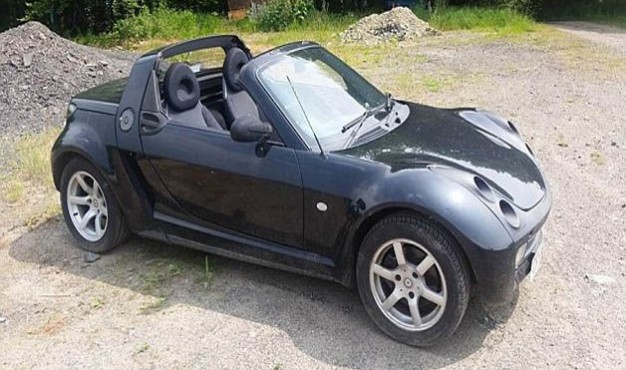 The advert reads: “Welcome to my eBay listing for this absolute disgrace of a car, which is the only thing of any value I have left after my darling ex-left me in ruins.

‘This ridiculous piece of German engineered campness would ideally suit any hairdresser/florist or person with little or no dignity.” 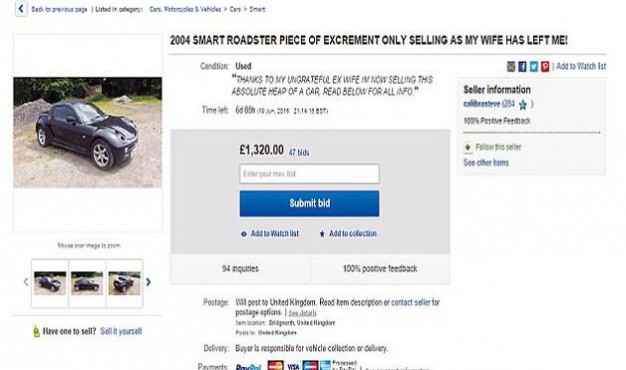 He adds: “I hate this car nearly as much as I hate my ex who I bought it for, and to be honest she didn’t like it that much either so she took my car in the split.”

The advert also explains that he is 6’4 and 32 stone, adding: “I have a reputation as a geezer to maintain, but actually, I physically can’t drive this car, I look like Donkey Kong from Mario Kart.” 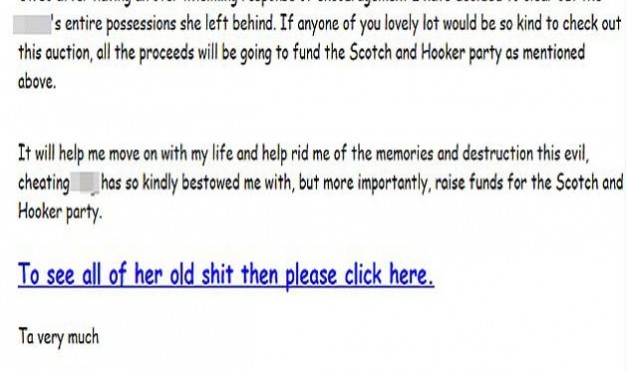 Calibrasteve, who has mostly used his eBay page to sell cars, had more than 30 bids for the possessions, which included mountains stack of clothes mounted on a bed, dozens of shoes in various colours, pictured in the house at Bridgnorth, Shropshire.

The husband said he has “had a lot of positive feedback from people and messages of support. I even had someone message me and offer to send me some free Scotch through the post.” 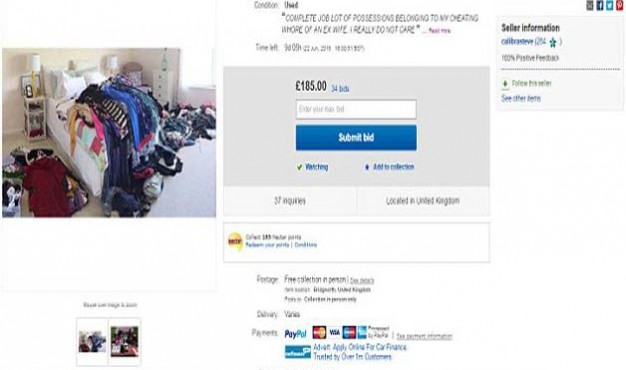 On being asked as to what he would do with the earnings made by the sale, he said he would use it to “commission the services” of prostitutes in their marital home and buy enough scotch whisky to “drink myself into a coma”.

The listing, which attracted a large mass and huge attention online, has since disappeared and it is uncertain if it was actually sold.