When we talk of BFFs in Bollywood, there are some that have existed like forever and are glorious in their ways; we mean Bollywood friendships like Salman Khan-Sanjay Dutt, Shah Rukh Khan-Karan Johar, Farhan Akhtar-Hrithik Roshan, SRK-Salman Khan (thankfully).

And on the other hand, there are some Bollywood friendships that have existed for long yet people don’t even know of them!

Everyone knows that Sanjay Dutt and Salman Khan have been the thickest of buddies, but did you know that Ajay is also quite a close buddy of Sanjay Dutt?

What’s more? Even their fathers, Sunil Dutt and Veeru Devgan were friends back then.

Or did you ever notice how close Akshay Kumar and Yo Yo Honey Singh are? Yeah, they are. Even we didn’t know this, but if reports are to be believed, Honey Singh halted his US tour to return and sing for Akki’s Shaukeen. Sweet, right?

So, we have figured out couple of unexpected Bollywood friendships that will totally surprise you:

Priyanka Chopra and Kangana’s chemistry was simply fabulous in Fashion. Probably because it was fabulously real! The duo has supported each other’s works from time to time and even spoken well of each other, despite the speculations in media. And like all BFss, these two have that craziness in them. I mean, just look at this picture!

This one calls for one special mention because of the nostalgic pictures of Aishwarya Rai and Preity Zinta partying back in those times began doing rounds on the internet. Their comfort level and liking for each other is just so evident in those pictures. Though Preity was always good friends with Abhishek, but, looks like that has got nothing to do with her equation with Aishwarya here. Preity even praised of Aishwarya’s comeback and declared that she is cool mom and a great wife.

Deepika Padukone and Shahana Goswami collaborated professionally in Break Ke Baad. Together, they were like a house on fire. Since the movie wrapped up, they have continued to stay in touch. 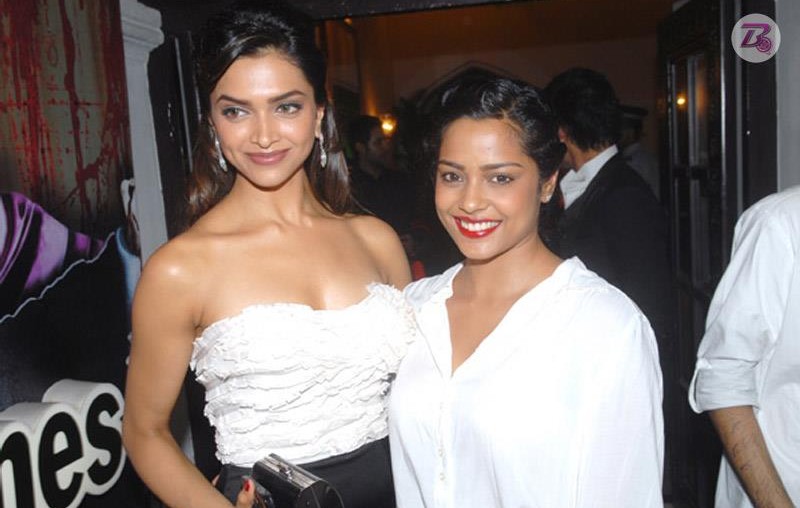 Shahana made it a point to be present at the success bash of Piku while in one of the interviews, Deepika called Shahana her best friend.

They first came together in Aisha and since then Sonam Kapoor and Ira Dubey have been good friends. They hangout, shop, dine, party, pretty much do everything like the usual BFF stuff.

Sonam has come out to support Ira’s works and so has Ira.

They met at the screening of Ira’s movie Aisa Yeh Jahan and hugged each other so cutely, you know, the typical BFF way. Sania Mirza-Farah Khan We know Sania Mirza is not from Bollywood, but her friendship with Farah Khan is so cute that we had to mention it here. Time and again, Sania Mirza has adorably professed her love for Farah Khan and referred to her as her elder sister and her most favourite friend.

To my most favourite friend,who has been an older sister to me that I didn’t have.. Probably don’t say it often but I love you and thank you for being who you are to me ? @farahkhankunder .. Happiest birthday to you.. Wish I could have been there.. A photo posted by Sania Mirza (@mirzasaniar) on Jan 8, 2016 at 5:10pm PST

And rightfully so, because Farah Khan plays the doting sissie and treats Sania like her kiddo baby. Come on, who throws a birthday party for a friend who is not even from the industry?

Thank you for being the best friend and host ? love you baby .. What a night ..

Stay blessed you all!