Reports suggest that, this year till now, taking selfies have killed more people than deadly shark attacks. Though, it is hard to believe that such a harmless activity can lead to death but it is indeed a cruel reality that people across the globe and mostly tourist have lost their lives while clicking selfies.

According to reports, till date 12 people have lost their lives due to selfies whereas shark attacks have killed 8 people till now. Though, these figures are not official but there are shocking incidents where clicking of selfie has led to utter carelessness and eventual death. Surely, these incidents have raised a security concern for individual as well as for authorities.

For the uninitiated, some of these incidents include the death of a Japanese tourist who fell down from stairs while clicking selfie in Taj Mahal, India; in another incident a man accident shot himself while trying to click a selfie with the firearm leading to his death in US. Some other incidents include people trying to create death-defying selfies by posing with moving trains and other places that lack safety.

It seems that, in an urge to take the selfies to another level, people are not hesitant to take all sorts of risks involved. In fact, the gravity of these indents have made Russian authorities publish a brochure that shows the various ways that can put a man’s life at risk while clicking selfies. Though some of the visual representation of incidents seems impractical yet there is no surety that such incidents might not happen. 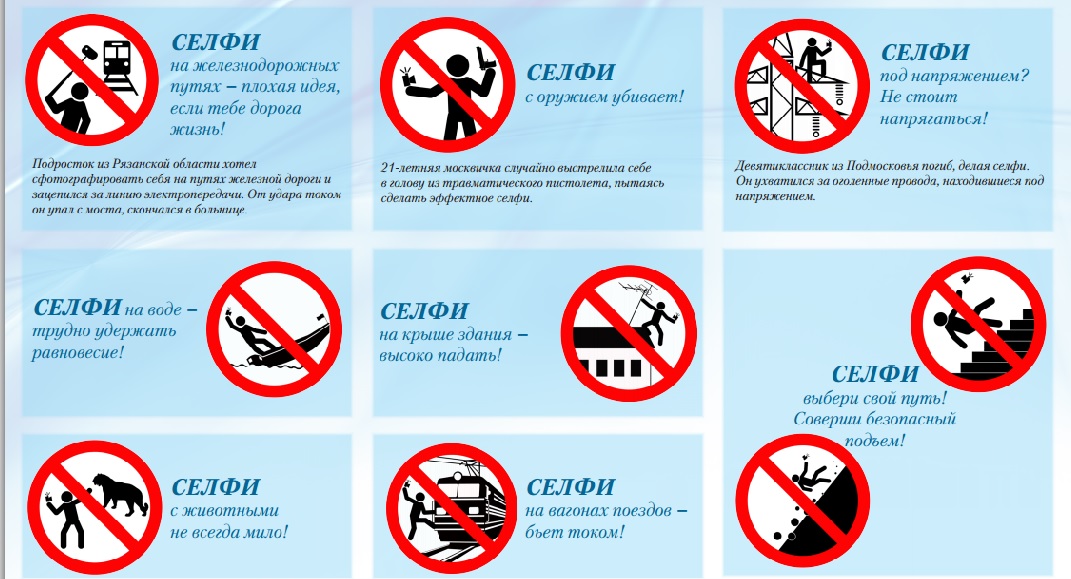 No doubt that selfies are fun and no matter how many we click, the best one is yet to be clicked but putting your life at risk because of a click is not worth it.