As per the latest development, the Egyptian Ministry of Antiquities confirmed that a team of scientists has discovered initial evidence of a hidden chamber inside King Tutankhamun’s tomb. The research team of Cairo University’s Faculty of Engineering and Heritage, Innovation and Preservation, the Paris-based organization, scanned the tomb using infrared thermography to check the temperature distributions on the surface of the tomb. This analysis proves that the temperature differs in one area located in the northern wall of the tomb which indicates that there is a secret chamber at that area.

Earlier this year a British Egyptologist at the University of Arizona, Nicholas Reeves, claimed that high-resolution pictures of the tomb walls proves the presence of “distinct linear traces” indicating two unexplored hidden chambers. Both these chambers are located right behind the northern and western walls of the tomb. Reeves further asserted that one of these hidden chambers has the remains of Queen Nefertiti possibly along with her grave goods. Experts believe that Queen Nefertiti was the stepmother of King Tutankhamun. 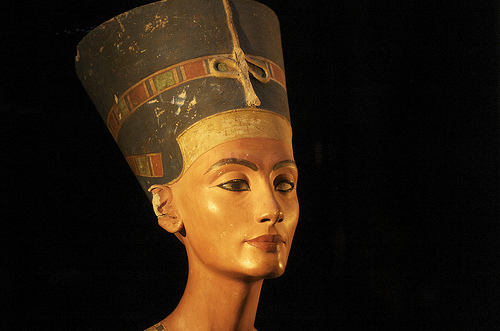 In fact, Reeves also claimed that the painting which is placed behind the sarcophagus of the king has wrongly been interpreted. According to Reeves, the person in the painting who has been considered the King Tutankhamun is actually Queen Nefertiti. He says that there are visible physical attributes believed to be of Queen Nefertiti that are present in the figure on the painting.

In a news conference, Reeves said that he believes originally King Tutankhamun’s mausoleum was occupied by his supposed step-mother Queen Nefertiti. As per archaeologists, King Tutankhamun also known as the Boy King unexpectedly died at the age of 19 because of which he was buried in an underground burial chamber in a rush which was not intended for the king. Reeves says that Queen Nefertiti’s tomb who died 10 years ago was opened to bury the Boy King as his own exclusive tomb was not build. King Tutankhamun’s tomb was discovered in the year 1922 and it was always a matter of mystery as to why the tomb is smaller as compared to the tombs of the other pharaohs and its shape resembles the tomb of the Egyptian queens.

About all this recent developments and speculations, Mamdouh al-Damaty, Egyptian Antiquities Minister stated that,

If it is true, we are facing a discovery that would overshadow the discovery of Tutankhamun himself,

This would be the most important discovery of the 21st century.