We know Halloween’s long gone but what we have here supersedes the Halloween ghoulishness. Enter Sedlec Ossuary (which literally means a final resting place, kind of tomb, which accommodates and stores human skeletal remains); a Roman Catholic chapel in the Czech Republic that houses a grand chandelier of skulls decorated by 40,000 skeletal remains.

Located beneath the Cemetery Church Of All Saints, Sedlec Ossuary is famously known as the Church Of Bones or The Bone Church. The star attraction of this church is the garland of skulls that is artistically decorated as a chandelier right in the middle. So no chance of missing it really!

The architecture which is mostly Gothic with Baroque elements gives it a creepy look but the interesting history behind it compensates for it, making it one of the most visited tourist destinations.

In 1278, King Otakar II of Bohemia sent Henry, the abbot to Holy Land. After his return, Henry sprinkled a small amount of earth that he had removed from the walls where Lord Jesus was crucified in the cemetery. The news spread like wildfire making Sedlec a holy burial site because of Henry’s pious act.

And so began the thousands of burial that the cemetery could not handle. So construction followed to make room for the mass graves. Initially, the arranging bit was assigned to a half-blind monk, who soon realised it wasn’t going to be that easy, so was unable to complete it.

Roughly around 1860, an aristocratic family named Schwarzenberg bought the place and instructed a wood-carver to design it properly.

So then, in 1870, when Czech wood-carver Frantisek Rint began arranging the heaps of bones into order, it resulted into this unexpected yet dramatic macabre effect.

The macabre style of interior designing may very well make this to the list of the greatest examples of bone decor (if a list is to be made anytime in future). 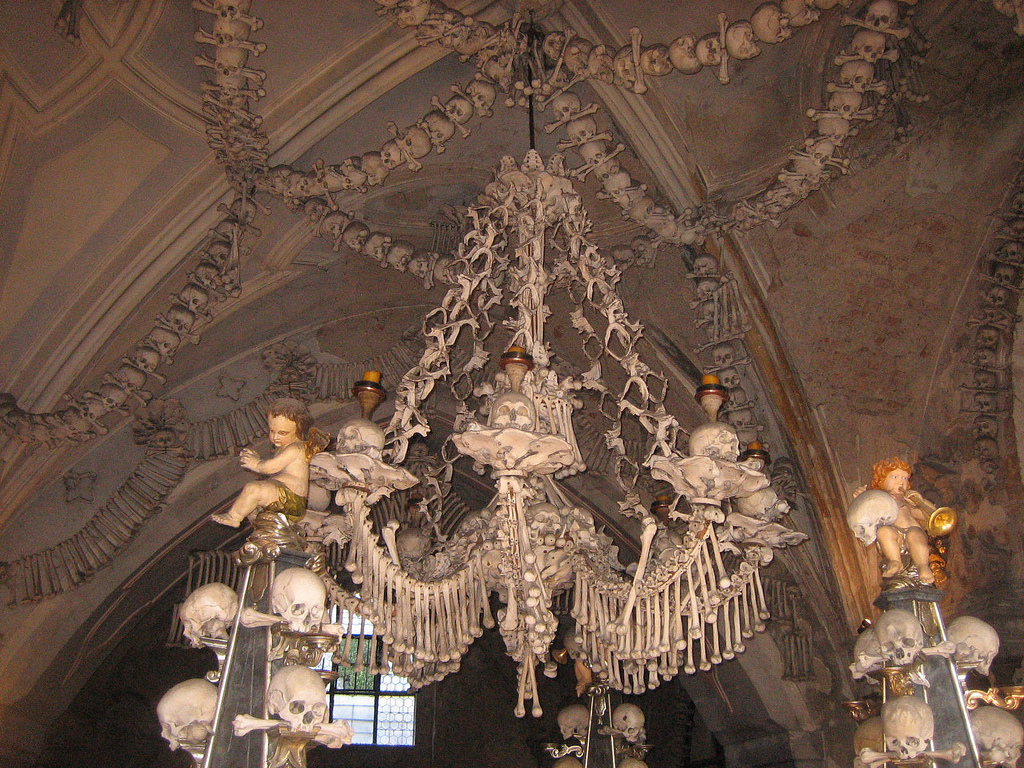 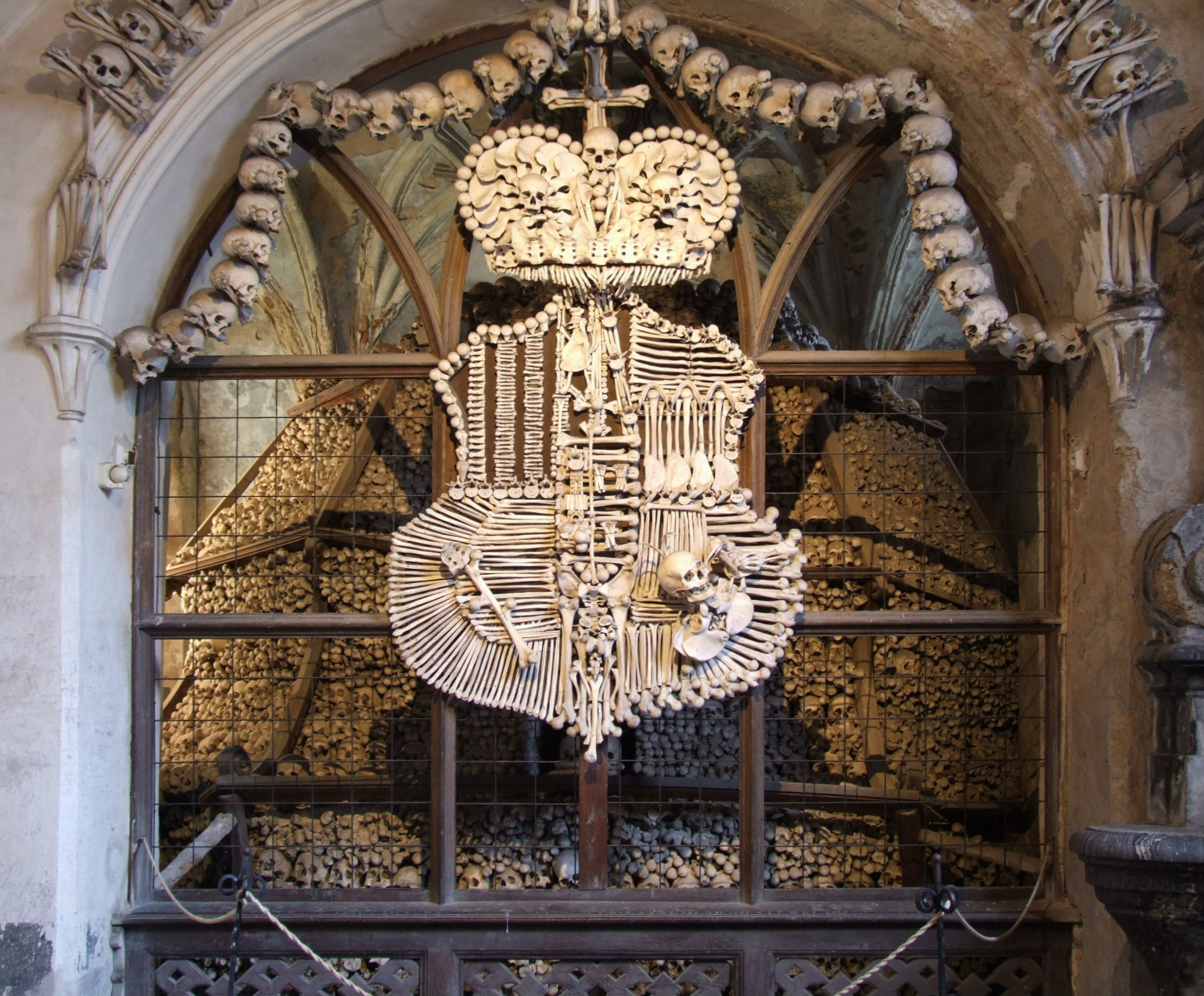 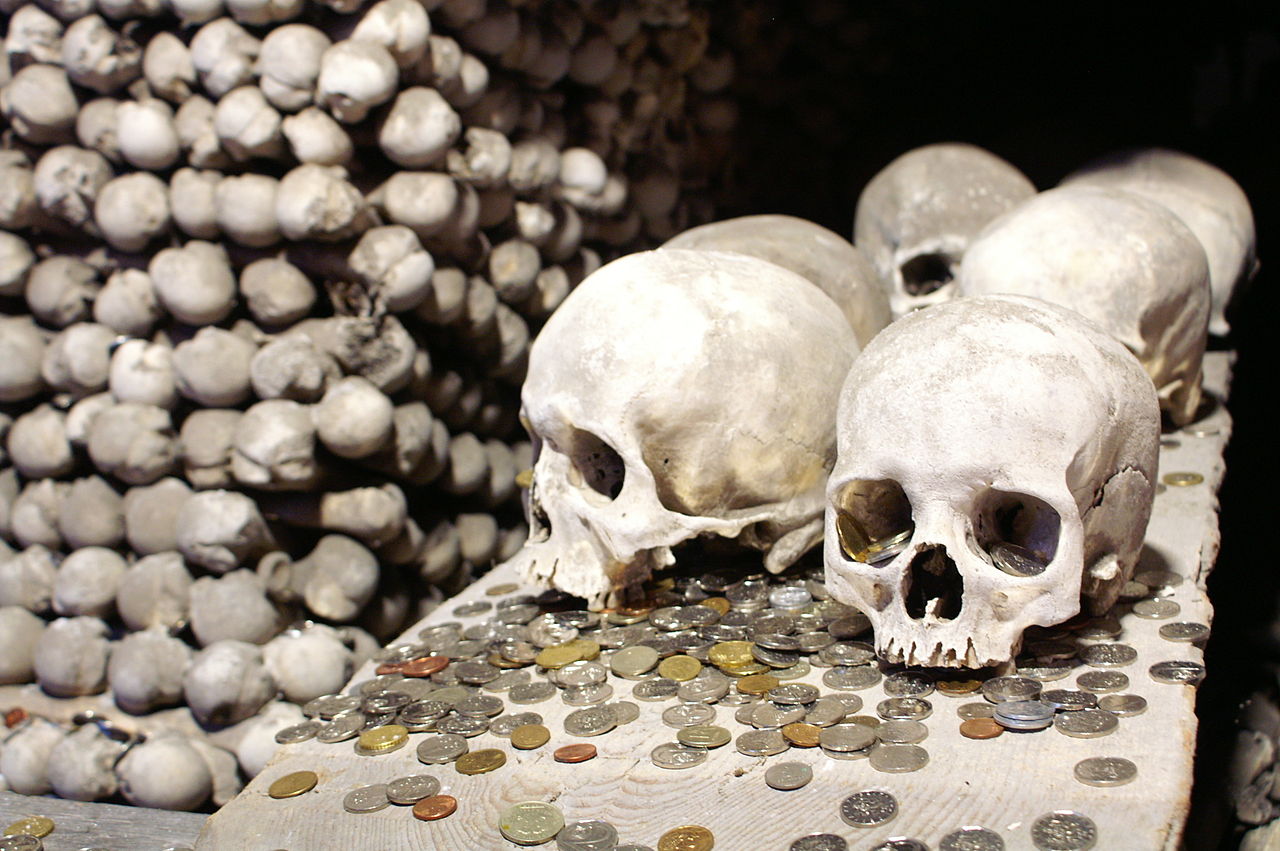 The bone grandeur at Sedlec Ossuary 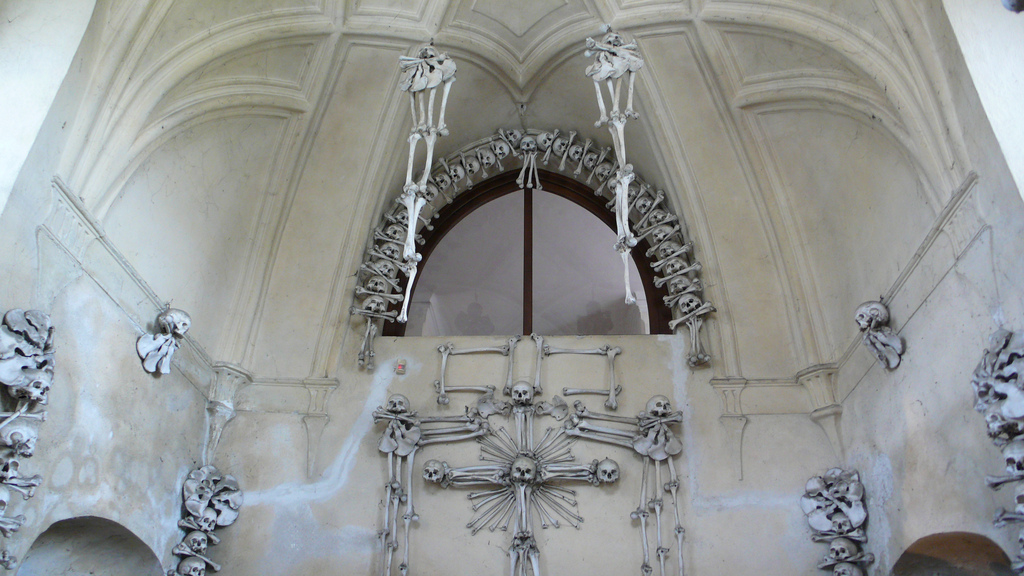 And we thought House of 1000 Corpse was just a movie!