This is bizarre in so many levels that you must read and see the video to believe it.

A video has surfaced that shows paramedics wheeling away a dead body of an old man, he died during sex with a prostitute and, the shocking part is that, the prostitute is still attached to the genital of the dead man. The paramedics using a stretcher transport the dead body while the woman is on top of it and both the bodies are covered by a blanket. The woman under the video seems to be making movement hinting that she is alive and stuck.

This video first appeared on Miaopai, a Chinese website for sharing video, and later on it was posted on LiveLeak. This incident is suspected to be somewhere from China and the exact location is yet to be confirmed. 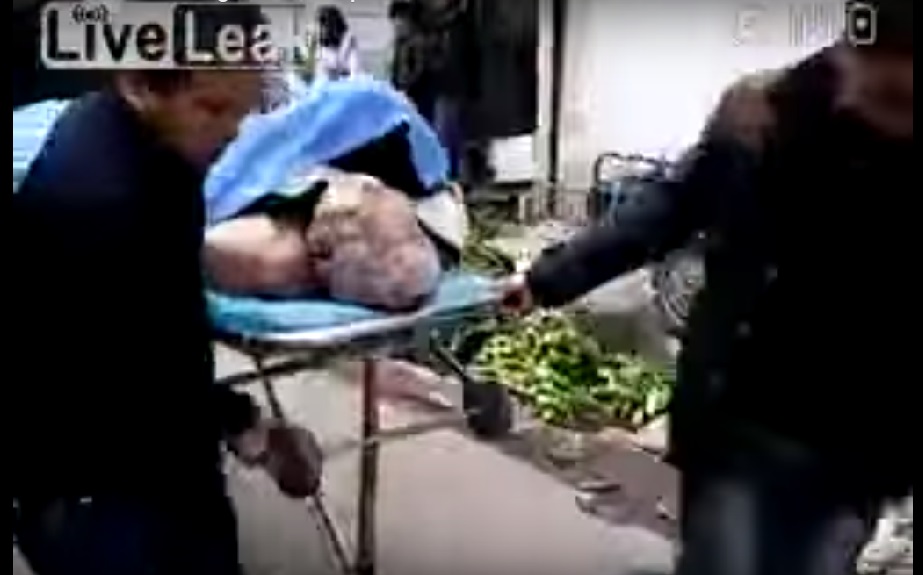 It is also presumed that the paramedics are taking the duo to hospital where they will be surgically detached. Death during sex is a common occurrence, but the condition in which the penis gets stuck inside the vagina is rare and it is called, penis captivus. In this rare condition, the vagina tightens (more than usual) while having an intercourse making the penis impossible to come out or in other words, the penis gets stuck. After some time, when the vagina muscles relaxes the penis can be withdrawn. Another way used by the doctor is by giving an injection to the attached woman, which used to dilute pregnant women’s uterus.

In this particular case, what was the outcome is yet to be known.